Hi everyone, this is Wahn again with the Flexible Survival News for October 2020.

Breeder Chris Initial Transformation: All scenes dealing with the transformation of Chris into Breeder Chris have been rewritten and now include an important choice which affects how you want to treat him after his transformation.
Breeder Chris Pregnancy: You will now be able to knock breeder Chris up, complete with detailed birthing scene. This comes in two different flavors, depending on your choices during Chris's breeder transformation. Depending on the route you go, your offspring will be different, with a culture among themselves to match.
Candy: His introduction scene should now play once you arrive at the library after rescuing him, not only when you go down into the bunker. This makes Candy more compatible with events spread out throughout the library that involve him.
Chris & Urik: The interactions of basic Chris and Urik have been rewritten, providing forking options depending on Urik's status (slut/tribesman) after you brought him to the library. Further expanded content for the breeder and warrior Chris forms are still in the works, but you can expect them in a future update.
Darius: The traffic cam tape showing Darius attacking a jogger was adapted, laying out more clearly how he spread the Dalmation infection to the man.
Diego Event: Added another event for the Trickster to show off his influence on the city, this one involving some strapping Spartans.
Export/Import: The player name has been added to the list of things to be exported and imported, so you'll be able to retain your persona without having to enter it again in the future.
Joshiro/Tyke/Darius: The "Sloppy Seconds" event has been reworked, adjusting the tone of the pairing between the guys. The Tyke/Joshiro realationship tone is now more affectionate and protective, while Darius is still standoffish.
Lindsey: The wolftaur at the zoo may now express an interest in making you his beta if you have been intimate with him enough times.
Lux & Umbra: The twin wolves may now be confident enough to express sexual interest in some of the library residents. Be sure to discuss her Family with Lux first though.
Sylvia: The Border Collie can now lend a paw should you want a hint on how to proceed with the Twelve Labours (Only the Nemean Lion currently).

Atticus Bedroom: A slight mis-linkage of rooms has been resolved, with Atticus's apartment now being upstairs instead of downstairs.
Atticus: Fighting the hellfire demon Corpegh during his questline will no longer show the default combat messages.
Chips: The game will now properly recognize these as junk food.
Dash: Beta Fang no longer indefinitely repeats the scene where he offers to help raise Dash.
Dirty Water: Drinking dirty water will once again cause random infections.
Fang: Beta Fang should no longer be able to consume the Hyper Pills, nor does Fang become Alpha if the player allows Alexandra to mate with him.
Game Start: The "Caught Outside" game start should now start up properly.
Greek Mythos: Spelling mistake fixed and resolution for failure added.
Joanna: Joanna should no longer be phasing in and out of reality at night.
Katherine: Her status should no longer be reset when encountering further female German Shepherds after recruiting her.
Navigation: There shouldn't be any duplicate room descriptions after navigation from now on.
Pet Mutt: Players of any gender will now be able to submit to him for breeding.
Philip: Imports should now recognize Philip's name again, no matter the capitalization.
Player Description: A missing space after the tail description has been added in.
Singular Feat: Orc Warrior infections will now be able to spread as intended.
Slutrat Quest: The leopardman fight at the art collector should now register the correct end result.
Spike: Picking up Spike to accompany you will no longer make him pop out of existence.
Sylvia: A spelling mistake was fixed. 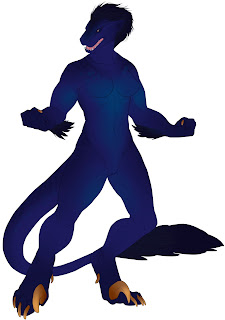 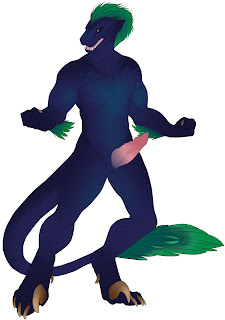 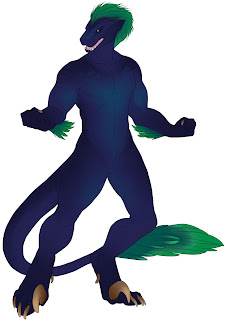