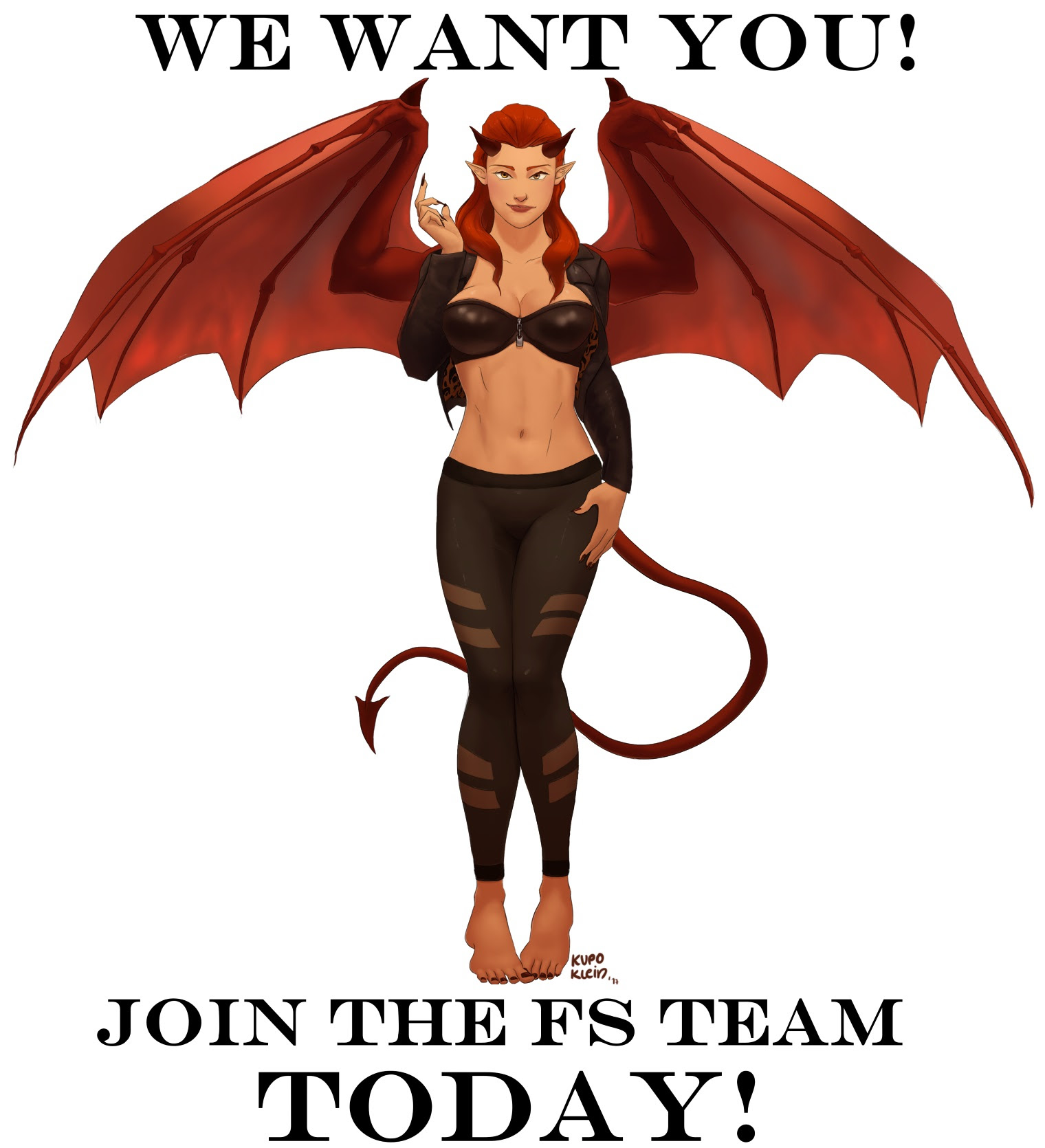 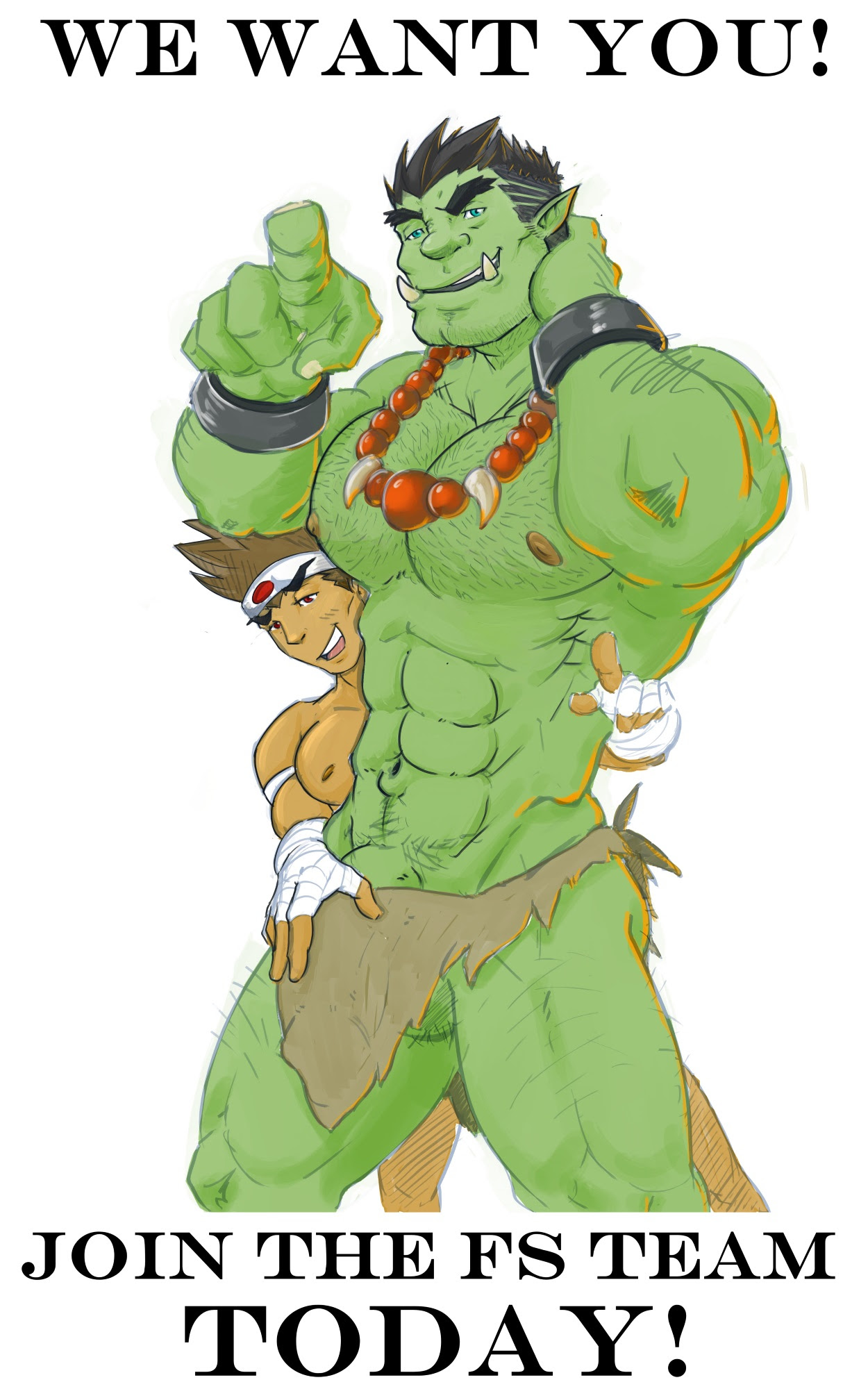 Hi folks, this is Wahn with a general shout-out to fans of the Flexible Survival singleplayer game:

We are always looking for additional capable writers / coders / editors / artists to join our development team.

Especially those who are interested in adding some straight and lesbian scenes would be very welcome (that is not a requirement, of course). Programming skills are appreciated, but also not a requirement - Inform is fairly easy to learn and we can gladly help you with that.

Anyone interested, please check in at the Flexible Survival Discord channel and contact me or other members of the writing team there.

In other news - The polls for finding out what you really want to see more of in Flexible Survival are still ongoing. Please come vote in the Creature Poll and Character Poll.
Posted by Wahn at 1:14 PM
Email ThisBlogThis!Share to TwitterShare to FacebookShare to Pinterest

Only 4 days left to get in on this poll over on the patreon!

$1+ patrons
Sep 17 at 5:57pm
They did great last month and are ready for the next. Everyone give a hand for our newest but welcome member of the writing team!


Stewart, a shape-shifter male harpy who's only concern is graduating college.


Expanding Scotty, the male goat from the A New Friend Event and allowing the player to further romance him.


A Sequel Murder Mystery, where the player encounters another murder involving Moreau and Nermine.


A connection between Steve and Danny, making Danny Steve's son and creating content for the two of them together.

Posted by David Silver at 12:44 PM
Email ThisBlogThis!Share to TwitterShare to FacebookShare to Pinterest

In 5 and a half hours, a stream will start with art being drawn for Flexible Survival!

Come and join us!
Posted by David Silver at 6:17 PM
Email ThisBlogThis!Share to TwitterShare to FacebookShare to Pinterest

Hi everyone,
we'd like to know which named characters you like to meet/read about, so please go and vote in this poll. It'll help us FS writers decide on what to do or concentrate on...

Edit: I've changed the poll to show the species and location of the various characters. Please do vote on the new poll.
Posted by Wahn at 2:50 PM
Email ThisBlogThis!Share to TwitterShare to FacebookShare to Pinterest

Hi everyone,
we'd like to know which creatures you like to meet/become/read about, so please go and vote in this poll. It'll help us FS writers decide on what to do or concentrate on...


Posted by Wahn at 12:47 PM
Email ThisBlogThis!Share to TwitterShare to FacebookShare to Pinterest

Hi everyone, this is Wahn again with the Flexible Survival News for August.


First of all - we do have a whole bunch of new writers, coders and editors - eager to craft new content for FS. My thanks to all of them and the awesome new content they have created.
(We do accept more new people willing to contribute too - just come on the discord channel and contact me or one of the others.)

Blake the trash rat: A dirty rat is living in an alley beside the brothel. Go meet with him at your own risk.
Body Shop: Moreau the naga has moved into a store in the east wing of the mall. His special services allow you to be the person you want to be. (More options to come in the future)
Code Updates: A whole load of old creatures have been updated to new code, for example better sex menus and linked choice points.
Dmitri the peacock: More chapters in the adventures of this charming peacock have been written. Go out and find him...
Katya the orc: There is now a whole second path to her content, allowing the player to make friendly contact and become her friend.
Liquidshifter: A now goo-creature has been sighted in the city near the library. Watch out!
Mall Events: A few events have been placed throughout the mall, to liven the place up.
Mall Lockerroom: The door to an employee lockerrom has been opened in the west wing of the mall, allowing various refugees to move in there. Visit it to get to meet new characters and see events.
Murder Mystery: There now is a murder mystery quest in the mall - to find it, be sure you have the power on, talked to Nermine and visited the mall lockerroom until you meet Jenna the leader of the wolverine guards.
Nermine: Nermine, her store and the associated quests of the rare item counter have been updated. More to come on that end too...
Panther Taur: The big cats have been given new player victory scenes.
Shag Shack: The brothel has gotten yet another resident - a hunk of a wolftaur, who eagerly puts visitors to work sucking his cock.
Sidney: Artwork for Sidney in vixen and wusky form has been added.
Sonny: You can meet a friendly sheep guy in the mall lockerroom. Treat him right and you'll be able to take him home with you...
Tehuantl (male): The jaguar warrior has gotten new scenes in his sex menu, as well as interactions with Carl.
Various Bugfixes: Lots of bugs, big and small have been fixed.

From the Patreon, which you can join at https://www.patreon.com/FS: One of our newer writers has stepped up, ready to get to work crafting words for you. Select all the options that look good to you! 8 hours are on the line.

Platypus to NPC
0
Ares expansion
0
Richard expansion
0
Kellan, a magical pixie who can change size at will and is very naughty
0
Troll Slave via Moreau who can switch between dominant and submissive named Gorg
0
Expansion on Buster, the K9 patrol leader, with player not Alexandra
0
Big Ocelot NPC, a dominant version of the regular ocelot
0
Non slut rat version of Rod that's sexable.
0
Posted by David Silver at 2:13 PM
Email ThisBlogThis!Share to TwitterShare to FacebookShare to Pinterest
Newer Posts Older Posts Home
Subscribe to: Posts (Atom)
Become a Patron!