Hi everyone, this is Wahn again with the Flexible Survival News for October 2021.

Beach Map: The beach zone now has a detailed painted map too.
Dark Tyrant/Fallen King: Its shadowy presence gives you great power. If the Dark Tyrant is your active companion, you may now have a special scene in which you unleash the darkness within you upon your defeated foe, starting with an extra victory sex scene for the Werewolf Brute.
Goblin Trap: The Goblin Trap event in the Junkyard has been updated with new outcomes with variations based on the genders of the player and encountered goblin/s.
Husky Alpha: A few special sex scene variants have been added if the player is initially male, triggering a small quest in which there is a chance a Male-to-Female transformation enthusiast alpha husky will appear instead of the normal one.
Mogdraz (Museum): You can now visit the Museum with Mogdraz, if you have romanced him, and begin to explore some of his background upon reaching certain rooms. Additionally, if you have awakened Lars in the Museum Roman Wing, you may introduce the two during this stroll.
Mogdraz (Museum|Cerberus): This date destination comes with a special variant of the Cerberus encounter, similar to the Centaur Stallion/Mare in the Dry Plains option, except it can only occur randomly. Losing in this fight triggers a submissive-oriented scene with both the Cerberus and the Demon Lord.
Museum Roman Wing: You may now assist the roman soldier, Lars, formerly a statue, in finding a compatible manhood for him. Watch out, though. There are dark forces who will tempt you into doing things you should not, so you better listen to the young man. If you succeed, you may enjoy some pleasurable time with Lars afterwards, but if not... A Great Old One will greet you instead.
Segis: If the dragon android's body has been stashed in a hidden spot, you may now attempt to reactivate it. This will be a long ordeal only facilitated by the player's intelligence, though being highly perceptive could also be useful. On success, Segis will join you as a companion and ally. Whenever dismissed, you can find him in the Maintenance Storeroom, in the bunker. Currently, Segis only has a talking menu, but it can tell up to twenty different jokes.
Wyvern: The wyverns have gaines some nice new art of wyvern in flight, with variants for day/night and male/female (look at the horns). 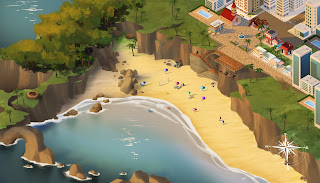 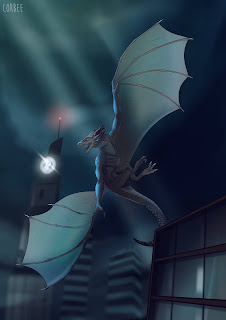 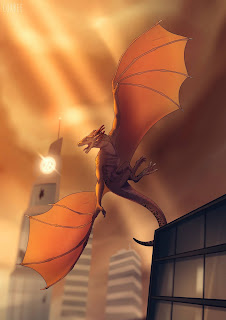 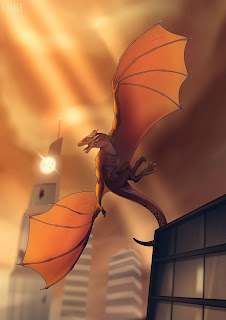 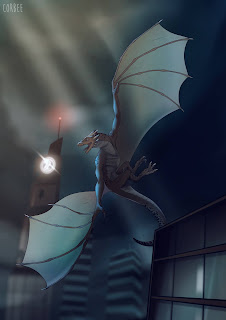 Posted by Wahn at 11:37 AM
Email ThisBlogThis!Share to TwitterShare to FacebookShare to Pinterest
Newer Posts Older Posts Home
Subscribe to: Posts (Atom)
Become a Patron!