Hi everyone, this is Wahn again with the Flexible Survival News for February 2020.

Adam: New ways of sharing steamy affection in the showers after working out with the half-minotaur have been added.
Apocalypse Store: The Apocalypse store has gotten a bit of a rework, and a small addition of what you can find there.
Feral Gryphon: These mythical hybrids have gotten some nice pictures now.
Feral Wolf/Fang:  Fang can now be obtained without the need for sex. When offered a chance to tame him, just choose to do so non-sexually.
Giant: Reworked and expanded with additional scenes, including a possible cock vore scene on Submit (when fighting him) if the More Vore option is active. It is also intended for the fight to be nearly impossible, but easily avoidable (there is yet no special reward for beating him).
Hellfire Club: Now it is possible to have fun with Toron, the bartender of the club, depending on the time of the day. He prefers dominant players, and will not be interested in anyone submissive.
Hellfire Demon: The sexy crimson devils that roam around Red Light District's streets at night now have artwork to complement their flawless physique.
Jennifer: A naked picture of our favorite naked cheerleader is now available.
Koballoons: A new ending is available for players with twisted capacity.
Nelson: The option of giving the zebra stallion of the farm a blowjob has been added to his sex menu.
Otto Fuchs: After the doctor has been escorted to the Green Apartment, you can now encounter him upon entering the building, though things haven't gone quite as smoothly as originally thought...
Spike & Urik: The fitness training event chain between these two has been extended by a new event.
Sylvia: Added a timer so that you have to wait a day between taking Sylvia to collect samples. No longer will you be able to get an unlimited supply of water without progressing time.
The Purifier Angel: You'll first find him at the College Campus, punishing an incubus for bad behavior. If you have unlocked the Hellfire Club, Toron will offer assistance in capturing and corrupting the angel after you saw him once. Make sure you hunt for the "Purifier" on each location.
Urik: A new talk option for the big orc has been added, with you being able to ask him how he became an orc. 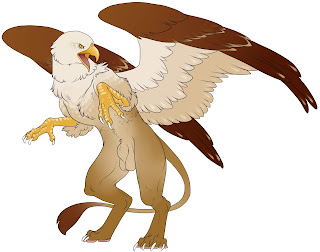