The overall throughput of things remains comfortably high as it has been for...4 months?

We have 6 hours due to direct commission, 2 due to hitting the stretch goal for the multiplayer, and 4 more from the ad banner! This all adds up to 12 bonus hours, not bad at all!

I'm going to take a different tact with my portion of bonus hours(the 2 and 4). Every contribution this month for paid time gets increased by 25%, that is, for every 4 hours you put in, I'll put in one towards your commission. If they aren't spent by the end of the month, they'll be made available for next month's bonus hours.

Just a quicky post to point out that I've put up Wahn's newest poll for his share of the bonus hours (about 4 - 5 hours).  There's a lot of interesting options to choose from.  You can find it here in the forums.  Blue Bishop's hard at work completing the remaining time doing some updates and additions to Sandra.
Posted by Stripes at 4:27 AM
Email ThisBlogThis!Share to TwitterShare to FacebookShare to Pinterest

What, already? Yep, apparently SurveyMonkey has a limit of 100 answers unless you want to pay up for the service, who knew?!(not me, obviously).

Most comments were along the lines of understanding why the sub system exists, or complaining about technical issues(We can't answer your problems in the poll! Head on over to the forum!).

There were a few requests about having a separate page, but that would require a more stratified free and not-free version, instead of the rolling timer we have going right now. Which reminds me, we hit some 100 levels, so let's kick things forward a few days.

Thanks for voting!
Posted by David Silver at 9:36 PM
Email ThisBlogThis!Share to TwitterShare to FacebookShare to Pinterest

It's one of them fancy customer satisfaction measuring polls!

Please take a moment and fill it out when you get a chance. We'd appreciate it!

Thanks,
David
Posted by David Silver at 4:31 PM
Email ThisBlogThis!Share to TwitterShare to FacebookShare to Pinterest

Overall, the feedback regarding Bound States has been overwhelmingly positive, and it's great to see people enjoying the system as they are.

Nonetheless, one of the criticisms often expressed about the system is a lack of robust interaction in the scenes. After a lot of deliberation, I set out to resolve this problem, and it should be resolved in this most recent update(July 23). However, I would like to take an opportunity to discuss the changes in detail and the thought processes behind them. Let's begin, shall we?

Players will find that Struggle hasn't changed at all; there has never been any issue with the mechanic and its execution, so it stays the same.

Similarly, Abide remains unchanged; however, you can now only access it if you lost the inciting battle and your humanity is over 50, which leads into the new mechanics.

Oblige Replaces Abide if you submitted to the fight or if your humanity is less than half. Its operation is relatively the same as Abide, except your lust gains are doubled and certain, contextual mechanics are accelerated.

You might be wondering why the system didn't come shipped with a "Positive" action, and only just a "Negative" and "Neutral" one, but the reasons are lengthy and complex.

First off, simply by virtue of how bizarre these situations are, it'd be logical for the player to not respond positively to the situations. Moreover, even though you the player are complicit in the interaction, you may not want your character to feel the same way.

One potential mistake you can encounter when creating these sorts of games is you could present a situation and portray the player character as having a certain response to a situation that is wildly different from the player's intent, without any good reason for it. Hell, in the case of Bound States, you could argue that this doesn't apply since there's a choice, but simply offering the choice can harm the player's experience by implying that it's an action they would ever consider.

Of course, the flip side to that coin is that you have players who do want to be proactive and involved in the scene, and you annoy them by not offering the option. Finding the right balance can be surprisingly difficult at times, and it took quite an amount of time for me to figure it out. Hopefully, Oblige will fit this niche neatly.

If Oblige is an accelerant, Endure is the opposite, slowing down and prolonging the encounter for as long as possible. Endure ostensibly halves the sanity loss and lust gains you receive, both passively and through certain events such as getting off.

As I said before, it took me a while to figure out Oblige, but in that time I considered a "Defensive" action, which didn't really get anywhere until recently. The problem with such an action is that, providing it next to Abide, you'd only really ever use the defensive option, at that point why even have Abide? And if you're removing Abide, you'll now have to tune this new action around the player always using it... At which point you might as well do nothing and just keep Abide.

However, once I figured out Oblige, Endure felt much more appropriate. The problem still remains for Abide in the small window where it's available, but now that issue feels much more tolerable, given the larger picture.

Now, while all actions have a clear identity and a reason you'd want to use them, there's very little player interaction between these actions; for the most part you'll just find the one you want and stick to it for the encounter, which is where Recover comes in.

Every time you perform an action, there's a chance for Endure to be replaced with this action. Not only does Recover behave exactly like Endure, but it will actually restore a small portion of humanity to the player; certainly not enough for you to gain more than you've lost, but enough for you to consider the action no matter what choice you usually make.

And that's all the changes you should see when experiencing bound states. At present, these changes apply to all existing encounters that use them (Assuming I didn't goof something up).

Oh, and there's one other little thing. Along with these changes, I decided to send the player loss half of the still in-progress overhaul of the Yamato Dragon Pair, which contains its own, vore-based bound state! A dedicated blog post will be made when overhaul is completed, but for now I'll tell you that both require More Vore to access, and they have no scale restrictions, unlike others of its kind. Have fun!
Posted by Blue Bishop at 7:53 PM
Email ThisBlogThis!Share to TwitterShare to FacebookShare to Pinterest 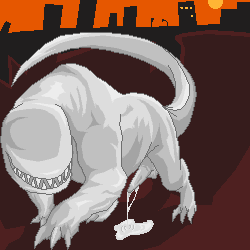 From Valensfd @ FA of a pewter consort.


Posted by David Silver at 1:21 PM
Email ThisBlogThis!Share to TwitterShare to FacebookShare to Pinterest

Hi everyone, this is Wahn with some new artwork.

Okay, first up, we have Jill the centaur, drawn by Sususmiles: 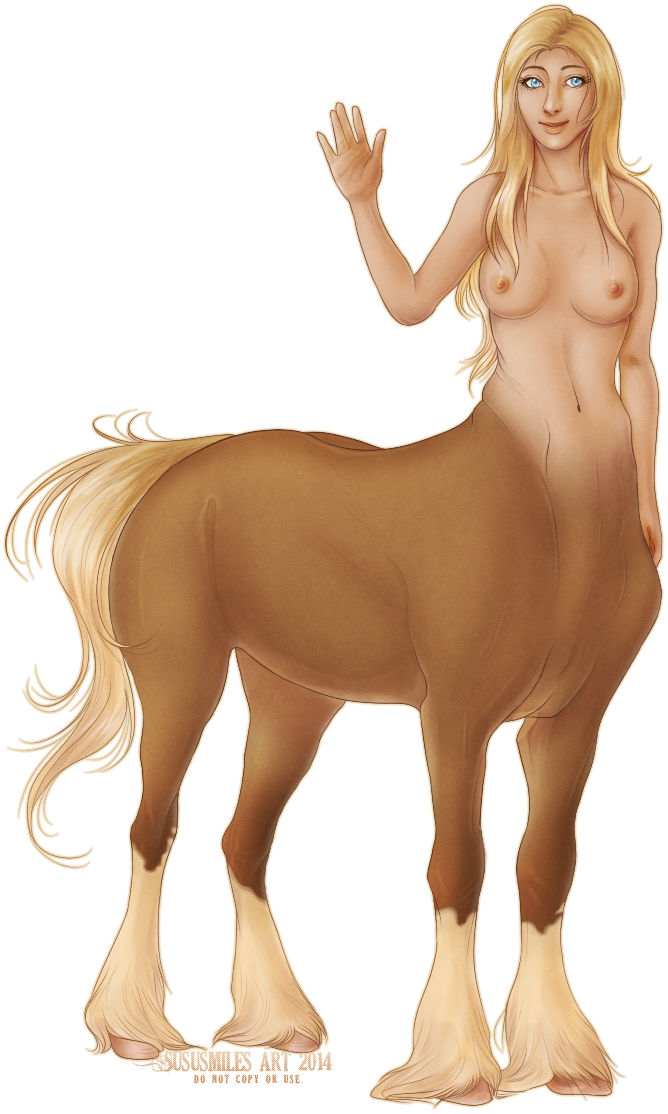 Next, a little preview on future action between Rane and Hayato, drawn by Darian821: 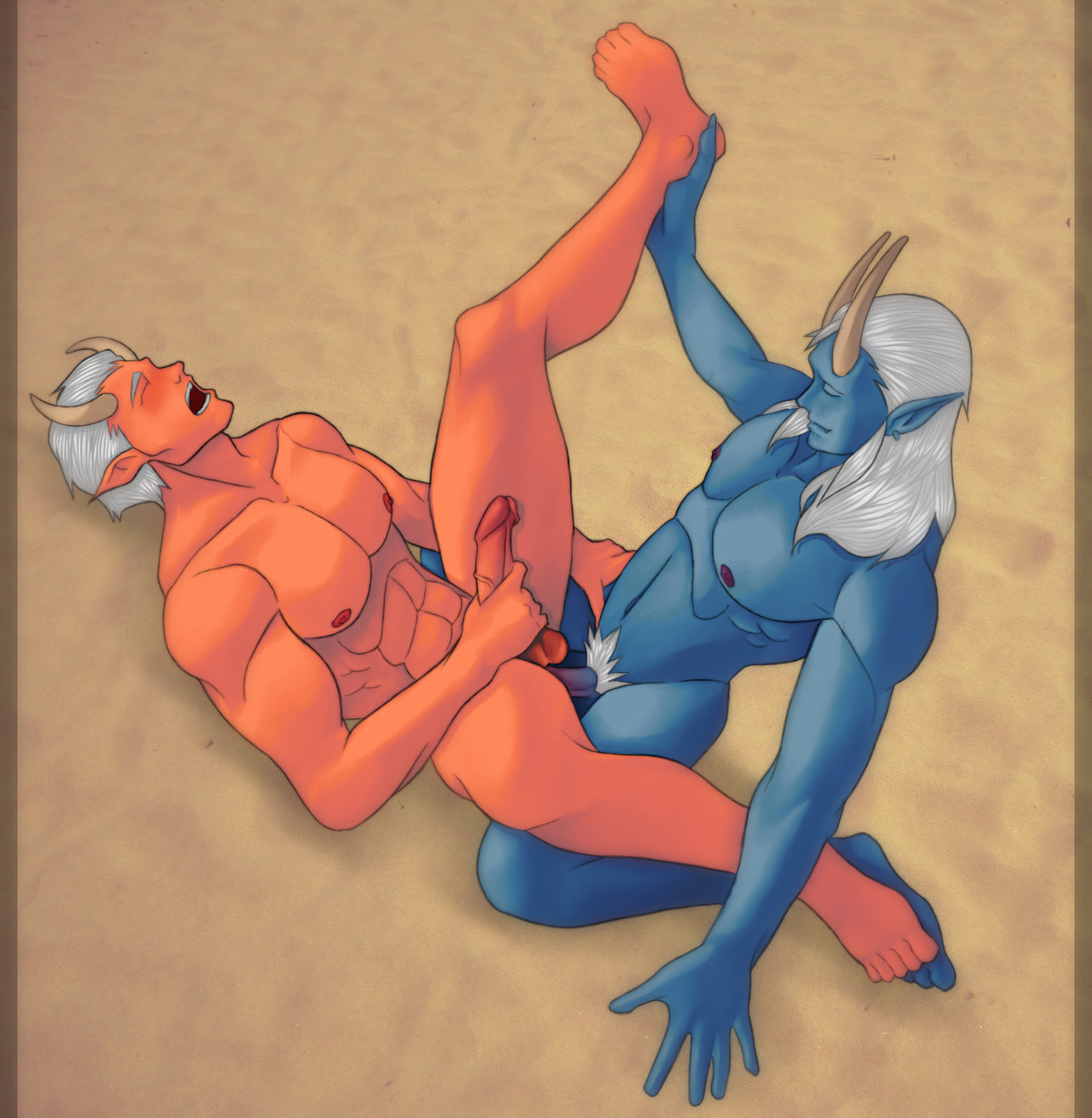 And finally, Eric in multiple versions, drawn by Nokturnalkittie (there is also a little flash game here where you can play around with him a bit): 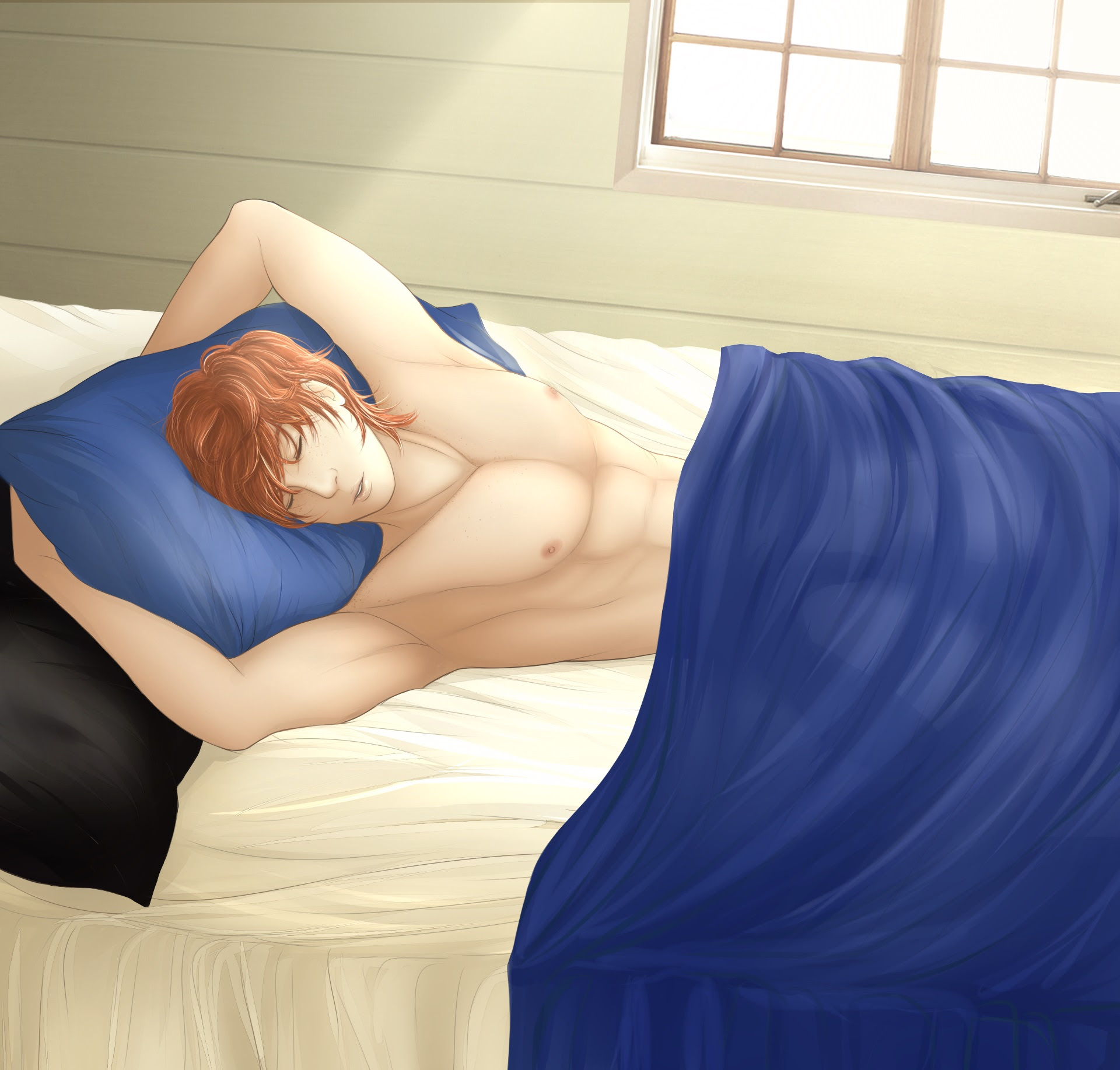 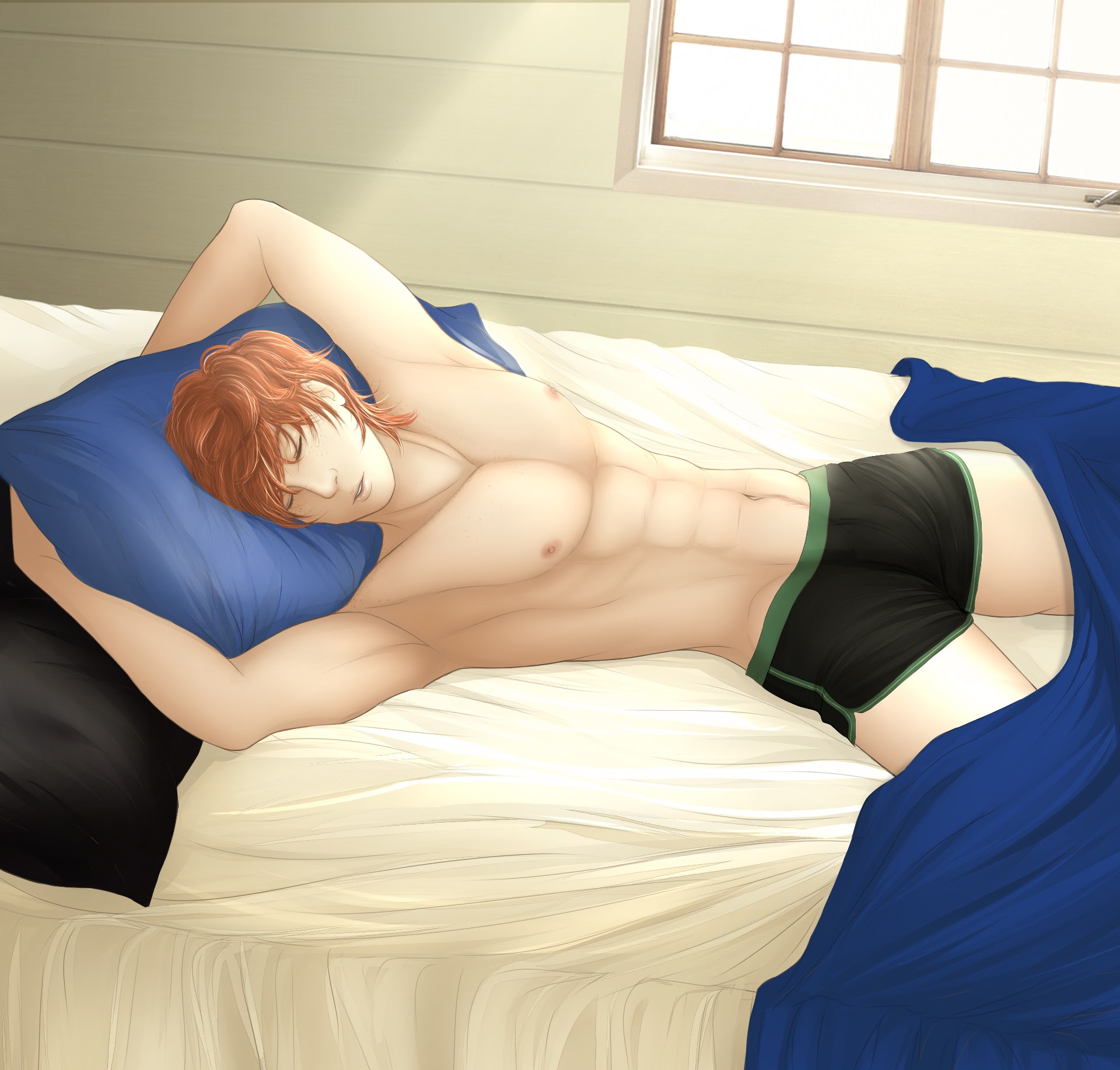 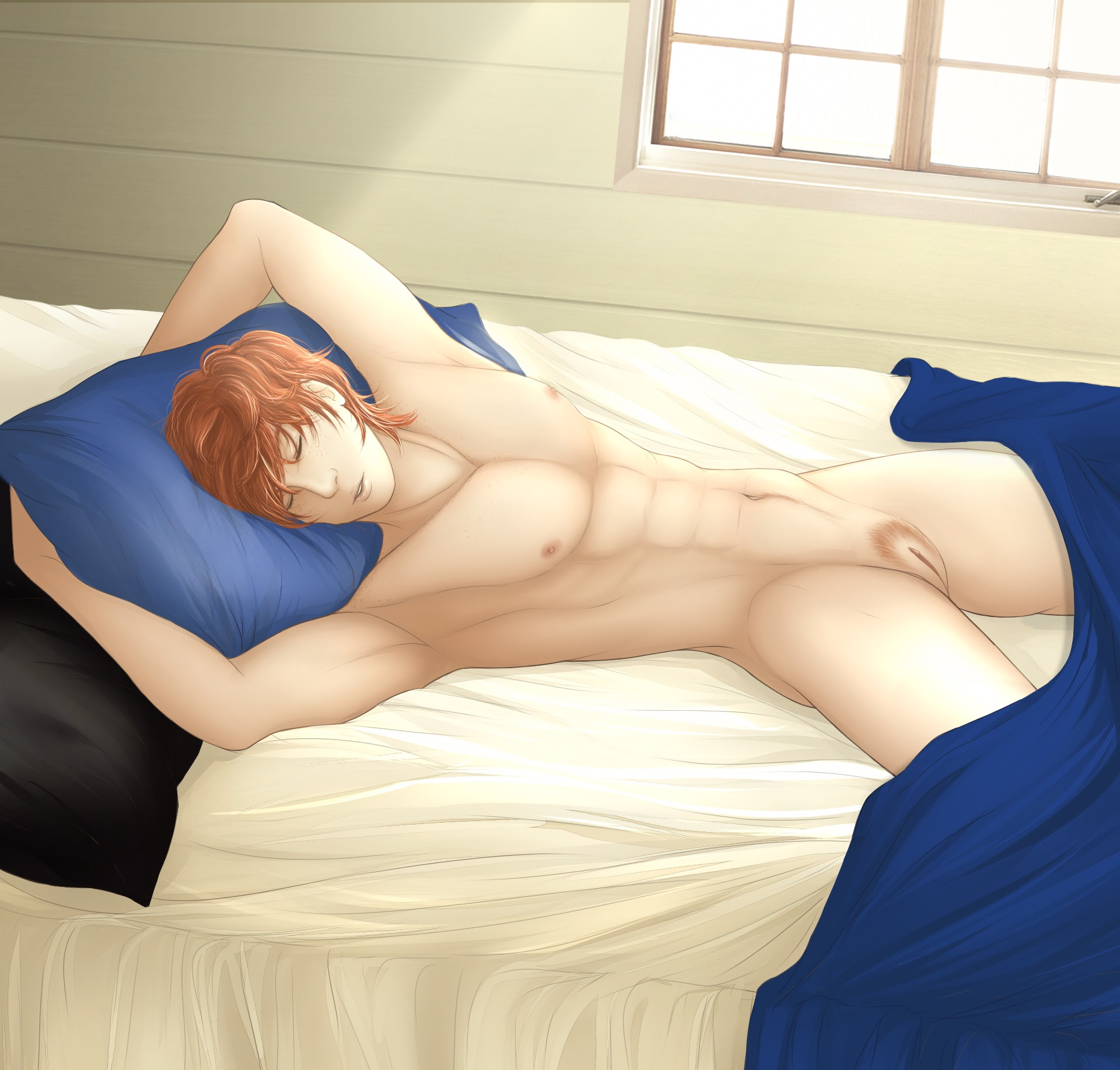 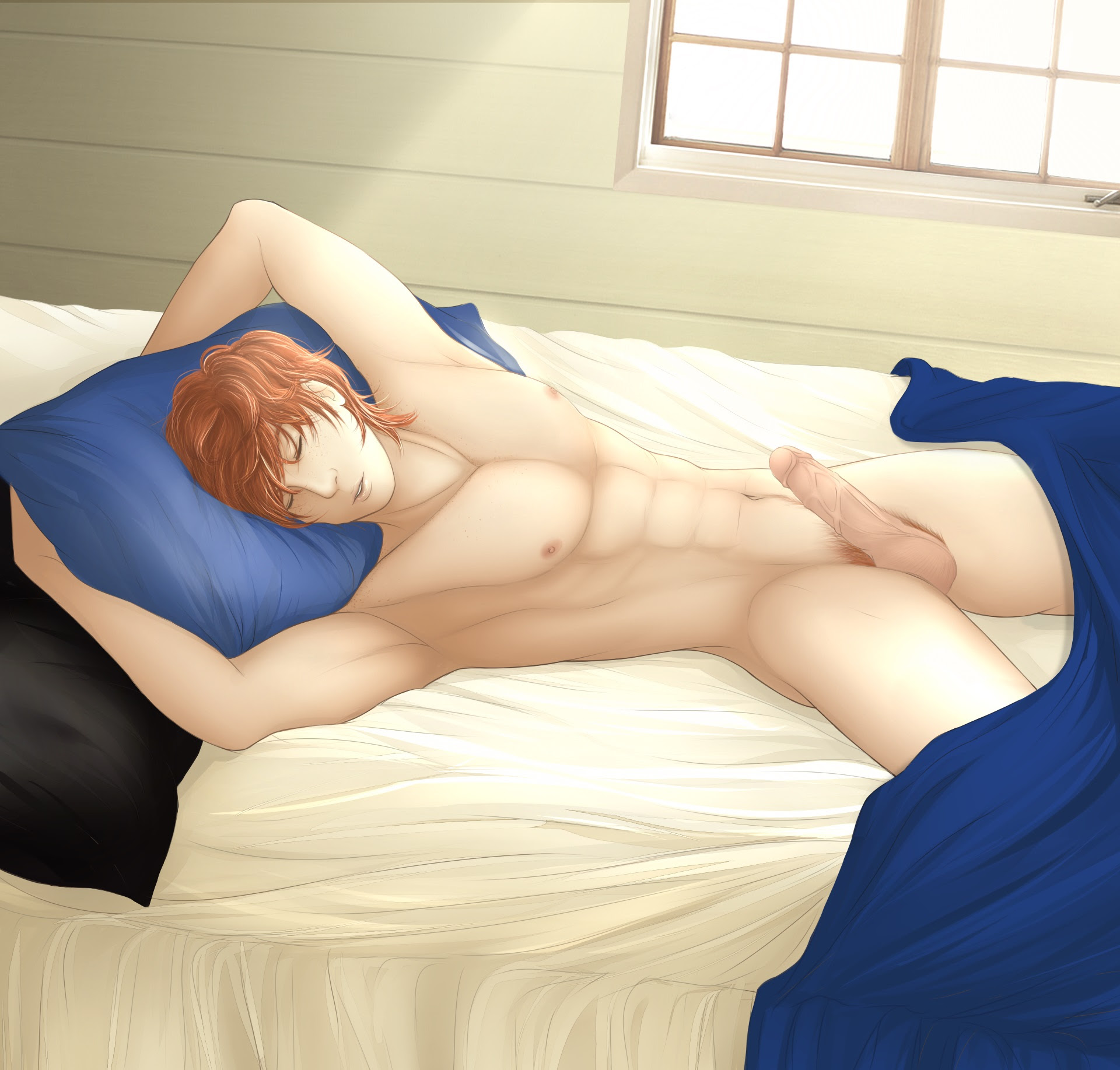 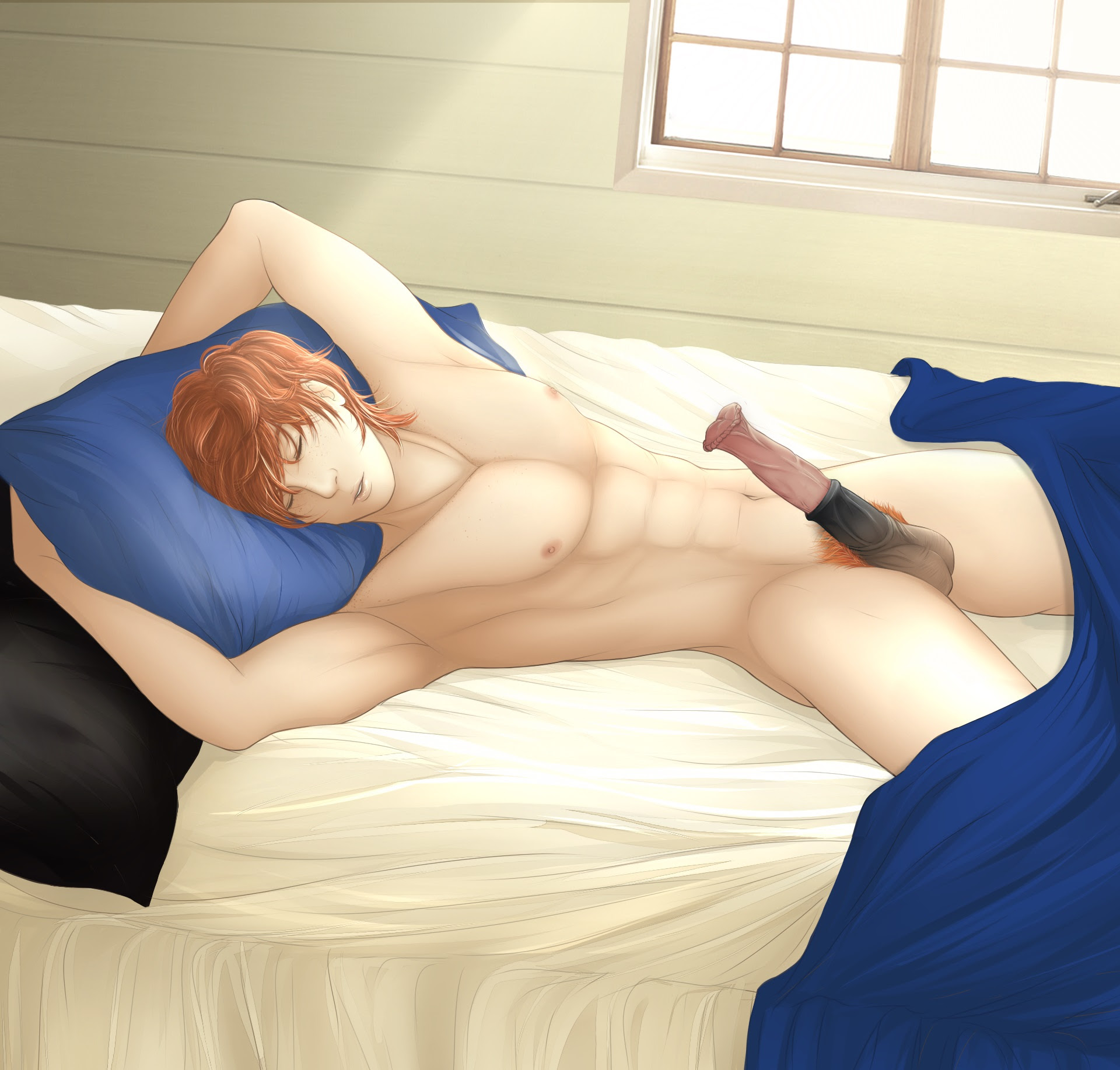 Posted by Wahn at 12:38 AM
Email ThisBlogThis!Share to TwitterShare to FacebookShare to Pinterest

It's time again for another update notification on the content we've added.  There's been a variety of new additions and improvements to existing content this time.  There's a lot of fun, sexy stuff to see, so let's get right to it.

Stripes:
Naga (June 29): Added vore and constriction player loss scenes.
Kristen (July 1): A new post-TF sex scene was added, specific to the 'slutty vixen' outcome.
Zigor (July 1): In this grand finale, Zigor has a gift for his well-trained pet.  Dare you accept it?  EDIT: The resulting endings have just been added, with a variation for taurs as well.
Frank (July 6): An alternate path of M/M content to allow a Dominant player to choose to top the nerdy skunk.
Magic Drake (July 10): Player victory content, including the player attempting to control their own booty size.
Game Over (June 29): Tweaked to prevent most succumb/survive endings should you lose the game due to starvation or dehydration.

Wahn:
Orcs (July 9): Players can now run into Mul in the eastern hallway of the orc lair, which starts a fight. Orc warrior players that win can then drag him into a side room and fuck him.
Evil Elijah (July 9): The fallen angel continues his domination of submissive players - but Brutus (male, cleansed) will step in when he starts to spank the player. Choose to let the demon submit too, or teach Elijah a lesson.
NPC Interactions (July 9): There are now various non-sexual interactions that can randomly come up, between Snow/Amy/Alexandra/Carl and the felinoid.
Angie (June 29): Spending time with (fucking) Angie will gradually move her away from the certainty that she wants to be Midnight's sex pet. After the player had sex with her 6 times, she'll have doubts, and if Midnight is then brought in she will need to choose between him and the player. Help her decide whom she shall go for as a mate.
Amy (June 19): Players can now publicly have sex with her in front of Alexandra/Elijah/the felinoid (if they previously declined to allow/arrange these NPCs to have sex with her)

Strongbird:
More typo correction.  Also, I've apparently been calling them 'Songbird' instead of properly as 'Strongbird'.  My bad.

Posted by Stripes at 3:39 AM
Email ThisBlogThis!Share to TwitterShare to FacebookShare to Pinterest

We have 5 bonus hours from writer for hire, 2 for hitting the funding goal in general, and 2 more from advertising, putting us at 9 bonus hours, 4 of which come from my pocket. Stay tuned to find out where they all go!
Posted by David Silver at 12:26 AM
Email ThisBlogThis!Share to TwitterShare to FacebookShare to Pinterest
Newer Posts Older Posts Home
Subscribe to: Posts (Atom)
Become a Patron!