Hi everyone, this is Wahn again with the Flexible Survival News for September 2022.

Bioluminescent Lizardmen Brutes: Upon winning a fight against one of them, you will now have a chance to be escorted by one to their tribe and meet their leaders. It seems they call their superior a god, and he happens to be a giant lizardman... Right now, there are no additional sex scenes, but there is quite a bit of text in the event, a new location and talk options with one of the two introduced NPCs. [Gherod]
Blanche: The introductions of Blanche's children (at least those with names for the foreseeable future) have been completed. It is now necessary to have mett all of them and had the final event before they scavenge at the park. [Prometheus]
Hyena Matriarch: The hyena matriarch has gained some nice new artwork to show herself off. [Wahn]
Sewer Gator: The alligator lady is now baring it all for you, in a nice piece of new artwork. [Wahn]
Station 69: Going down from the bunker can now give you your first experience with the world below your feet, paws, hooves, or ungulating mass. This will be expanded further in future. [Prometheus]
Wyvern Patriarch: A quest that results in the wyvern becoming a NPC has been added. Diavoborg is required to start it after raising his loyalty score to a determined value. Note that this disables the Wyvern Patriarch encounter, but in future updates it will be reintegrated. [Gherod]

Amy: The code calling up random interactions with other people in the bunker has been changed, and should hopefully run smoother now.
Jimmy: A mention of the player's relative size has been fixed.
Skyler: The description of the dialogue choice "The camp and the other sharkmen" will now be shown correctly.

Alexandra ('Good'): Continuation of her storyline bring the two of you into direct conflict with the Overmind in a five-floor 'dungeon' in similar style to the Bouncy Castle, though with a different theme. [Prometheus]
Fang: Some oral vore scenes for Alpha Fang (as punishment for not tending to his/her needs in a timely fashion) and Beta Fang (through exploring kinks) as well as an expansion of Female Fang's content (Scenes with Sven). [Prometheus]
Mannequin Fates: New events detailing the fate of a mannequin that steals a horseman's shape will be added, with you having the choice to take the horseman mannequin to the library. [Wahn]
Okamimimi Girl: A new adversary for the college. (Okamimimi Boy may come later) [Prometheus]
Tobias: The dog trainer you can meet in the parking lot outside of the Smith Haven Mall will be further expanded upon, giving him more content and interactions with the Player character. [Wahn] 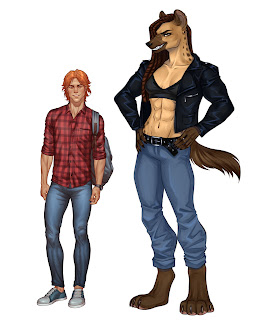 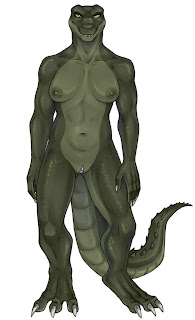 Posted by Wahn at 9:59 AM
Email ThisBlogThis!Share to TwitterShare to FacebookShare to Pinterest
Newer Posts Older Posts Home
Subscribe to: Posts (Atom)
Become a Patron!