Hi everyone, this is Wahn again with the Flexible Survival News for December 2022.

For those who want to support further development of Flexible Survival, we do have a Patreon set up. Reward options include voting on polls for choosing content additions, as well as character artwork or even added content of your choice every month.

Bernard: A discussion with Bernard about his love of food may reveal more about him than you think... [Prometheus]
Blanche and Woofs: Blanche and her children can now accompany you on your adventures after going shopping. Talk to Blanche when you're ready. [Prometheus]
Jimmy: The cheerful corgi can now be found at the Sanctuary Hotel should 'Bad' Alexandra be at the library. Fortunately, someone else was around to save him. [Prometheus]
Mannequins: You can now encounter a new event regarding mannequins in the warehouse district (a followup to the earlier 'Stolen Lives' event), which is called 'Lost Souls'. This allows you to rescue (or grab as a sex toy) one former mannequin, and bringing them to the library. I recommend doing so after you already have your other library people, as most will react to the newcomer (positively or negatively, depending on the individual other NPC and if you're rescuing or just using the former mannequin).
Master's Office Events: A chain event structure has been implemented in the game, which triggers after talking with the Stablemaster for the first time, within a space of more than two days. Currently, only one small event is in place, in which the player meets the most talkative of the horseman grunts once more. There is a possible quick sex scene with him, and the interaction now unlocks the grunts' threesome option in the Stablemaster's sex menu. [Gherod]
Nightmare Stablemaster: It is now possible to have fun with the Stablemaster in two new additional ways. Moreover, the Stablemaster has received a few additional tweaks to his character, he now has a cigar and the smoke around him has some sort of lesser hypnotic effect. You can also turn off the forced TF if you so wish. [Gherod]
Paula: The cynical vixen can also be found at the Sanctuary Hotel should 'Bad' Alexandra be at the library. Like Jimmy, someone else was around to save her. [Prometheus]
Rubber Tigress: The sexy felines now have shiny new artwork showing all their stripes. [Wahn]
Wyvern Patriarch: A lucky photographer snapped some pics of this massive wyvern, allowing you to see him in his full glory now. [Wahn]

Fang: Work on Female Fang as well as development of a more gentle Alpha path.  [Prometheus]
Lux & Umbra: Development of their scenes [Prometheus]
Nerd Frat: An event or two are planned to introduce the nerd frat, neighbors of the satyrs on the college campus. [Wahn]
Tobias: The dog trainer you can meet in the parking lot outside of the Smith Haven Mall will be further expanded upon, giving him more content and interactions with the Player character. [Wahn] 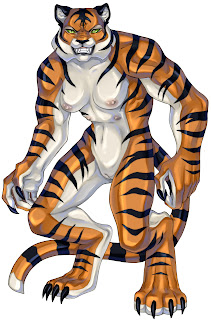 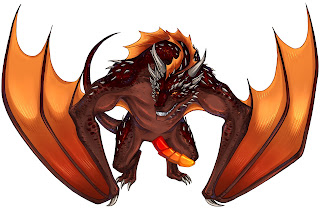 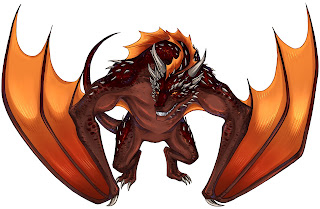 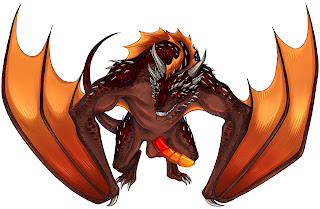 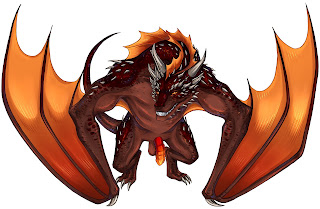