Hi everyone, this is Wahn again with the Flexible Survival News for July 2022.

*Note: July was a bit of a hectic month for us on the FS team, between catching Covid myself and being out of commission for weeks, baking heat roasting creativity at times, and some writers being out on vacation. So apologies for the somewhat shorter list, hopefully things will run smoother this month.

Blanche: Two more of Blanche's children may now make their introductions should Blanche still be in the Office Den. [Prometheus]
Boops: (Good) Alexandra, Cleo, Blanche, Sturm, (Sane Husky) Colleen, Fang, Lux, Umbra, Klauz, Jimmy, Paula,  Sylvia, and Julian can now be booped on the nose. Reactions may vary. [Prometheus]
Damien: Your session with Damien as an exotic escort may now result in one additional scene as he decides to hypnotise you and sit on your face for its entirety.
Feral Wolf Herm: A hermaphroditic feral wolf can now be encountered in the Urban Forest. Fang cannot be recruited through them though. (Currently re-uses scenes from male and female, but may be improved in future.)
Inventory: The inventory has been subdivided into several categories (equipment, armaments, consumables and other), making it easier for you to find what you're looking for.
Segis: A sex menu has been added to the dragon android, and with it, the possibility to offer him his first blowjob. This scene can be repeated in the game, for the time being.
SlutStorage - Area Addition: A new area west of the library (beyond the shops) has been opened up, which is the 'Store Everything' complex. It is run by a slime person called Mortimer, who has started an all new business model of 'person storage' in the units within, which your character might find interesting or abhorrent, allowing you to react as appropriate. The facility is meant for somewhat darker content with characters - as an "off-canon" alternate path, for example allowing dominant players to take someone down a notch, or to house those NPCs who do not quite fit into the library/bunker (as 'good' people there really should react in certain ways to what's happening around them - see Eric below). So far, we have one character ready to be brought there (Eric), and the complex is open for (more or less) any other NPC or random enemy to be added as potential commissions (at the writer/owner's disgression).
SlutStorage - Eric: For those interested in the storage facility (be sure you have visited it _first_), we have Eric ready as a tutorial character of possible content there, with you being able to take him there right after the confrontation with Stacy in the college, if you do give in to your primal urges at that point. The scene in question has been reworked and expanded to fit the new tone of the later content, and there currently are four scenes available after bringing Eric to the facility. Alternatively, if you already have him in the library from a previous playthrough, you can talk to him to make use of a 'rewind' talk option taking you back to the college encounter.

Stat Blocks: Over 80 NPCs have had their stat blocks updated (with more to come). This may not be immediately noticeable to players, but should provide some benefit in future.
Fang: Fang's pronouns should be properly checked upon importing a  save as well as when you first recruit him/her.
Christy: She should no longer accidentally get an assigned name of "Christopher" after importing. 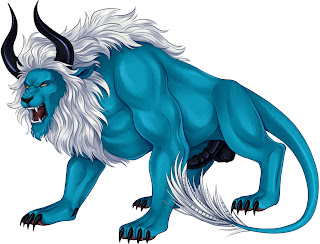 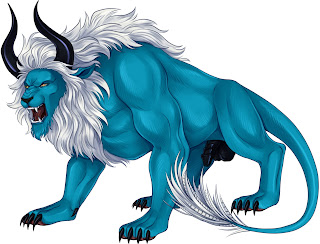