Hi everyone, this is Wahn again with the Flexible Survival News for January 2021.

Alexandra: The bad-dog dobie bitch has gained another walk-in event for when you make her the barracks slut on the farm. You can now walk in on her dozing on one of the beds after being gangbanged by all the farmhands - with the options of eating her out, fucking her, or just basking in the thanks of the cheerful men.
Alpha: The tentacle-bearing hybrid offspring of the thought eater can now be born in the "Cell Four" event, and you might bring him home into the library if you choose to do so.
Centaur Stallion: Two new victory scenes for the player. One of the scenes is rimming based, and the other scene involves the player sucking him off.
Demon Brute/Brutus: An unpurified male/herm Demon Brute pet will want to absolutely ravage the next Incubus you fight alongside him, and you may let him do so.
Diavoborg: The red behemoth will not discriminate same-sized lovers, now! His whole pre-event has been adjusted, and it comes with one sex scene when in the cave. There is a new mouthplay scene for smaller players, as well.
Dr. Matt: His 'I am busy' message between quests and leading up to the hospital content has been rewritten to match his character better and give a little guidance to explore the city more.
Fang: Fang will now keep track of how many children he has with the player, potentially allowing for future scenes to be affected by how large his pack of offspring has become.
Fang: You can now acquire Fang as either a female or male wolf depending on whether you choose to tame a male or female feral wolf. While there are currently still scenes that are for male Fang only, most scenes between player and Fang have male and female counterparts. With special thanks to Lost Directions, as the primary writer for these additions.
Feral Wolf Bitch: There is now a female counterpart to the Feral Wolf Male (previously the Feral Wolf) roaming the Urban Forest. Written primarily by Lost Directions.
Game Start Options: The set of available starting genders has been expanded from just male/female to now also include trans and herm options. Along the same lines, you can now optionally select locks for your body configuration that keep the character in these chosen settings.
Gregory: This half-wyvern soldier can now be potentially brought into the library if you chose to do so in Urik's new event. Please note that he is in metamorphosis stasis currently and you cannot wake him up, but there are talk options to care for or influence him.
Karel & Isaac: The black-furred horseman twins have gotten some new pictures to their name, presenting themselves at their best for you.
Malik: The orc son of Warrior Chris and the player has now been un-coupled from Chris's description and appears as his own freestanding NPC.
Nekomimi Cosplayer (Male): A new creature can now be encountered at the college whose enthusiasm for videogame characters has not been diminished by the circumstances in the city.
Running with Wolves: A new start choice allows the player to start off with Fang already at the library and already transformed into a feral wolf.
Ryousei - Sparring: You can now spar with Ryousei after recruiting him, allowing both of you to gain XP.
Ryousei - Tai Chi: You can now see Ryousei go to practice Tai Chi in the courtyard behind the library and possibly join in. Afterwards there's a talk option for another session (one per day) you can do with him, which will help center your body and mind.
Snow Leopard: The snow leopard have gotten some new artwork too, showing off their fluffy white fur for everyone to see.
The Stables: An especially Ballsy and Hung Horseman will be on the lookout for you whenever you wander around the equine whorehouse. He'll only play with you if you have shrinking mushrooms, and that will result in something fun for the CV lovers.
Tyrannosaurus Male: An anthro reptile man will now be roaming the Museum, and he is an angry one wanting to subdue everyone he sees. But if you manage to defeat him, perhaps you can teach him a lesson!
Underground Events: Several of the events in the Trevor Labs underground have been rewritten, giving a more atmospheric experience and some glimpses at what went on there before the nanite apocalypse.
Urik - Looting Trip II: You can now go on a second looting trip with Urik (available in the talk menu if you befriend him), returning to the same area you explored before. This has the option of climbing into the wyvern tree (or not), as well as another choice in looting the neighborhood beyond, and running into the two women living there together again.
Urik - New Character Event: There's a new walk-in event for Urik in the library, concerning him braiding his hair, giving a little bit more character development and backstory.
Urik - Pics: Various events with Urik will now show his picture to go with the content too.
Valkyrie: A valkyrie can now be found in Avalon, and she has been looking for a toy to service her mighty steed. 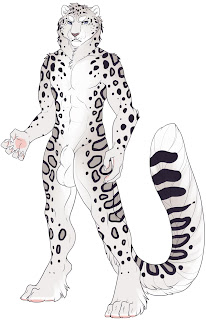 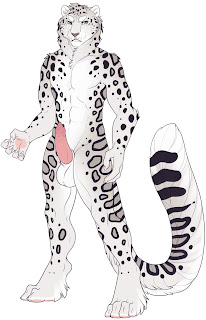 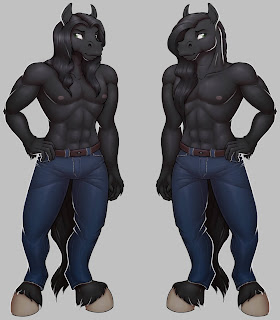 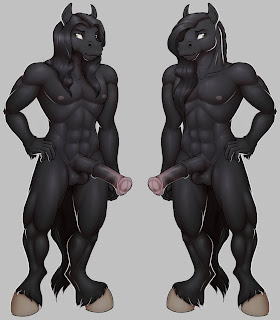 Posted by Wahn at 8:55 AM
Email ThisBlogThis!Share to TwitterShare to FacebookShare to Pinterest
Newer Posts Older Posts Home
Subscribe to: Posts (Atom)
Become a Patron!