Hi everyone, this is Wahn again with the Flexible Survival News for July and August 2021.

Bouncy Succubus: A new inflatable succubus can be found  at the Beach, ready to make you her personal toy.
Clockwork Fox: A new victory and defeat scene has been added for this clicking enemy.
Dark Tyrant - Aura of Darkness: His presence grows stronger the more he levels up, and so does the stat boost he provides. This feature will be extended in future updates, such as opening up new victory scenes in encounters.
Dark Tyrant - Companion: This means you can now take the Fallen King as your companion. He provides stat boosts while active and a small, yet very reliable source of extra damage. You may also interact with him at any time, with scenes having been adjusted according to this new state.
Dark Tyrant: You may now strike a deal with the Fallen King. In exchange for a continuous sustenance and learning only you can provide, he shall accompany you and make you stronger during your adventures.
Dragon Android: An odd mechanical robot has been sighted in Red Light District and seems to be quite interested in males, especially in collecting their fluids. What is it doing? It is up to you to decide how to deal with this newcomer.
Feral Wolves: Both males and bitches now have a loot list you can choose items from.
Giant: There is now a way to befriend the Giant zookeeper, who will then offer to pick up the player in a more friendly way. Find his missing ring and try approaching him once you have it.
Journal: Notes are now displayed and sorted by Date instead of Days
Male Christy: There are now more cockvore scenes, and a new bad end, for the male version of Christy.
Mogdraz: The Demon Lord is now available for more strolls, currently the one destination being the Dry Plains (with more to come in the future). Additionally, two pre-existing sex scenes were recycled and adapted to the current version of Mogdraz, available for players who have successfully romanced him.
Museum: This area was reworked into a navigable location with actual rooms. Original events are still accessible throughout most of the museum by exploring. Additionally, a Roman Wing was added, which currently features a puzzle to awaken a statue of a roman soldier who can become a new acquaintance.
Ranfer: If you have got a shrinking mushroom, you may consume it and allow your male smilodon companion to play with tiny you.
Susan/Samson: You can now let the herm doe/buck fuck you (if you have a pussy).
Werewolf Brute: The werewolf brute has gotten some new and shiny artwork for you to enjoy.
Zephyr Personal Computer: Minimaps have now been added to most of the locations in the game. The ZPC can now be aquired by talking to Larissa at the Zephyr lobby.


Demon Fox: Should now allow people to get the 'loss result' rather than the 'submission result' when throwing the fight or losing.
Dragon Android Segis: Stat rolls will now properly display the required rolled value.
Fang: The scene for taking Fang along as a companion should now properly show.
Giant Essence: It will now properly smell like what it is.
Hellfire Club: Players should no longer be able to explore Red Light District while inside the Club.
J'reth: Asking to have sex with J'Reth should no longer lock the player out of the backpack questline.
Mogdraz: Fixed some typos along his romance scenes.
Monkey House: The monkey house will now appear in the intended place in the western zoo.
Obsidian Coin: It will now have a scent.
Ogres: Talking with the ogres about their mission should now properly show the scene.
Spike: Korvin will now only introduce himself once to Spike when he's brought in.
Wukong: The money should now have a linked action to talk with him.
Xaedihr: His Dom scenes should now play properly in sequence. 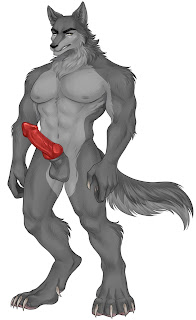 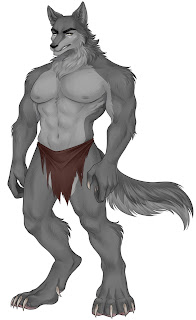 Posted by Wahn at 11:19 AM
Email ThisBlogThis!Share to TwitterShare to FacebookShare to Pinterest
Newer Posts Older Posts Home
Subscribe to: Posts (Atom)
Become a Patron!