Hi everyone, this is Wahn again with the Flexible Survival News for March 2020.

Anthony: The existing pics of the anteater have been upgraded to higher resolution.
Diavoborg Pre-Event: In the Dry Plains, a special variant of a Behemoth can be encountered while exploring, then followed around for some time. Get to know this mysterious beast before you're able to hopefully befriend him in the near future.
Diego: The pictures for Diego and FemDiego have been upgraded to higher resolution.
Doctor Matt: The good doctor's task to bring in Susan has been rewritten and expanded, now detailing some actual revelations instead of him just watching you do the naughty.
Ewe: The ewes have gotten a strategic makeover-shave and are ready to show a new side of themselves in some new artwork.
Fang: Fang can now be the player's second in command in addition to the already present Alpha and Omega paths. This includes some changes to his interactions with Carl, Amy, Alexandra, Helen, Xerxes, Velos, and Eric.
Katherine: You can now recruit one of the German Shepherd Bitches. Get to know her and discover a little bit about her past.
Leopardman: The leopardmen of the inner city are now proudly flashing you their spots with a new picture.
Monty: The initial encounter with Monty has been expanded on a bit. Also, you can now have a discussion about his sexual orientation with the black soldier in Camp Bravo, and he now has a sex menu with a first scene (blowing him).
Nelson: The zebra farmhand on the McDermott farm has risen to more prominence, now having a fully stocked sex menu. (His content is part of taking bad Alexandra to the farm.)
Ronda: The queen of the mall rats has gotten a new picture to her name, showing off her outfit for all to see.
Susan: The encounter with Susan has been adjusted a bit to go into more detail about her and her desires.


Araqiel: Some minor confusion in the walking directions for his initial event have been resolved.
Diego: A typo in his sex menu options has been resolved and they now should all be selectable again.
Eva: A bug that sometimes locked the sharkess out when you decline her invitation was fixed.
Guard Gryphon event: The full Blue Gryphon Herm TF was incomplete. Corrected that with gender and breast changes included.
Hyena Breakout Video: The Hyena Breakout Tape now plays correctly. 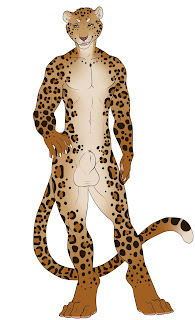 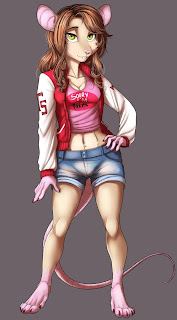