Hi everyone, this is Wahn again with the Flexible Survival News for November 2020.

Bubble: The latex vixen now has new artwork to show off her shiny skin.
Candy: The pink raccoon has gotten a new dress that he really wants to show off, so expect new artwork for him when you look at Candy.
Castien (elven hunter): The elven hunter's scenes have been further refined, giving you the option to try to intervene in the things you see while scouting. This can go a number of ways, changing your relationship with him.
Chris: The scenes for transforming Chris into Warrior or Breeder Chris have been refined and rewritten, with additional choice options for determining just what sort of relationship you want with him.
Colleen: The female soldier has gained new artwork to show off some fur after her transformation into a husky.
Frat Hazing Vid: You can now run into a new event on the college campus (Explosive Breakup), with the possibility of giving you a video tape of a frat hazing involving feral dogs that goes just a little of the rails...
German Shepherd, generic: Added two more victory scenes, and edited some of the old defeat scenes.
Hellfire Club: The home to the Hellfires has received an overhaul, including the way to unlock it, its contents, some of the NPCs and systems that are associated with it. More details below.
(HC) Access - Gimp Mask is no longer required for this. Players simply have to solve the Burns Like Hell event successfully to gain access to the Club. The event will only proceed if triggered during the night, in Red Light District.
(HC) Araqiel - The angel's background has been changed slightly, as well as a few mentions during his quest. Toron and Mogdraz explain things if you have completed his quest successfully. Additionally, Araqiel's playground becomes the dungeons, in which the player can experiment with some tool-assisted Dom/sub content. The big angel has also been made a possible companion, a deal that can be arranged with Mogdraz.
(HC) Escort Services - The player can now offer themselves as a VIP escort to serve Void travelers, with many of them being demons and other occult creatures. At the end, there will be a score representing the Client Satisfaction, and Mogdraz will pay you accordingly. Being charismatic and having some sex-related feats may help, as well as being a pure human, but they are not mandatory bonuses.
(HC) Hellfire Workers - A group of NPCs was also created to populate the Club. Arad and Egran are twin demon brothers and the guards of the Club. Jyneth is a demoness and waitress, serving drinks around the bar along with Toron. Drenraya is a draconic demoness and a shopkeeper with a short fuse. Eranyd is a cuntboy incubus captured by the Hellfires and taken to the Dungeon once Araqiel is successfully brought to the Club.
(HC) Mogdraz - To better represent the force that the Hellfires are, Mogdraz has been given an upgrade, and he is now a Demon Lord. As a character, he is quite different as well. As a proud demon and businessman, he is only friendly when he needs to, especially if that means a favorable deal. He takes a special interest in the player from the beginning, but to what end?
(HC) Obsidian Coin - A new type of currency used to exchange goods with the extradimensional demons. You can acquire these from working at the Club or as a drop from demons in the Hellfire faction.
(HC) Toron - His drinks have been adjusted to use the alcohol system as well as the new currency. As for Toron himself, he has changed quite a bit. His looks are now more consistently described, and his personality shifted to a more cryptic yet open one. Sexually, he is no longer locked for submissive players, and his scenes have been edited to reflect that.
Jerking Off: Various further synonym commands were added to make jerking off easier for players.
Nightmare: New pictures have been added for the nightmare in both forms - the aggressive stablemaster and the submissive slutslave.
Ogre Camp: A new oral-focused possible scene upon choosing to Fuck with the Ogres has been added.
Ryousei: The royal tiger has gained a new scene in his sex menu, frotting with a male player.
Siren: Brave photographers have gone out to take pictures of the sirens, with their abandoned cameras being found afterwards. Now you can feast your eyes on pictures of these dangerous singers.
Skarnoth: A new walk-in event with Skarnoth has been added to the library, involving smoking and sparring with him, as well as learning some of his background.
Void Realm: Access is now unlocked through the Hellfire Club questline, starting with Burns Like Hell, then by speaking with Toron. Players will be required to unlock access to this area through the new method.

Chris: Accidental scenes of Warrior Chris being shown if you get Breeder Chris pregnant should not happen anymore now.
Nermine: An extra import rule has been put in for Nermine which hopefully should enable the Greenhouse event properly from now on. Also, some old wordings she said in those scenes were adapted to match her usual speech patterns. 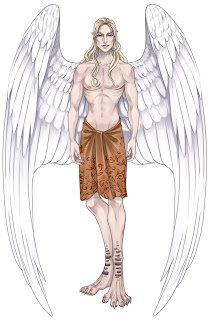 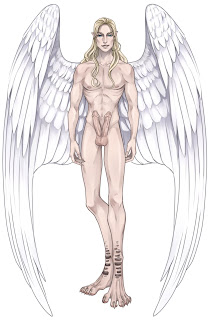 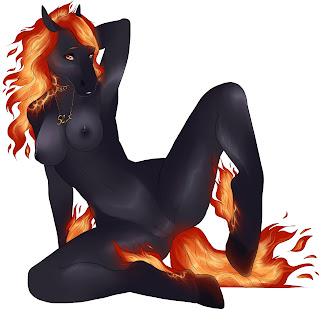 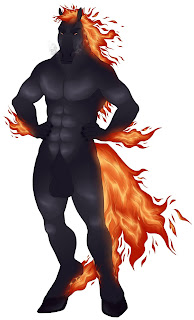 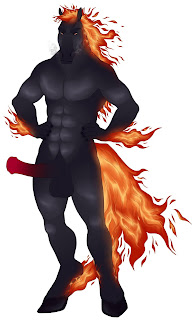