Hi everyone, this is Wahn again with the Flexible Survival News for June 2020.

Brennan: In his apartment, there's now two new (nonsexual) scenes for you and the wolves, Romulus and Remus.
Companions/Pets: The player companions have gotten a code update, now showing their actual names in the menus and lists and letting you adress them by that name. Also, they will now all be classified as companions, removing the indignity of referring to a walking, talking anthro as a "pet".
Diavoborg: Now the spicy behemoth has a lair of his own in the Dry Plains, which you can access by hunting That Red Cave, after completing his event (Four Leg Wrath). He has some dialogue and a sex scene, so far. His maximum loyalty will be capped until more content is added.
Doran: Added a new Dom scene for the dragon with an optional Oral Vore ending for neutral or submissive players. Only available if the respective options are active, including Doran regarding himself as a male and as a full dominant.
Export/Import: Some internal code changes will hopefully make this a (tiny bit) faster. Also, you will now be shown more messages if anything goes wrong, so please report those on the Discord if anything goes awry.
Hobo: The trusty German Shepherd has gotten some new artwork to his name.
Hosemazon: A new horse enemy with the body of an Amazon has been seen in the dry plains. Tread carefully lest they mistake you for a mutant. Or teach them a lesson for daring to challenge you.
Items: How the game handles item gains and losses has been changed internally. You will now be getting detailed messages for each item transfer.
Jackal Alpha/Femboy: Two new infections added, with hyper sizes as the main theme. Currently, only the Jackal Alpha is an encounter in the Museum, and he infects the player with the Jackal Femboy strain, but it is possible to access the Alpha infection by item consumption.
Korvin: Two new events for Korvin and Alpha Fang where Korvin learns his place and then has this lesson drilled into him.
Library Computer: You can now turn the library computer on through clicking a link.
Monty: There is a new scene of Monty telling you about the sexy things he's seen in the city. Also, you can now talk with Monty about getting some food & water from him, plus there's an all new sex scene with him fucking the player's pussy.
Mutant Centaur: Updated and improved the current content. Also added a male player sex scene.
Named Enemies: The information if you know a named enemy has been added to the list of exported information, so for future exports, you'll remember their names.
Navpoints: The code for nav points has been updated, and you will be getting notifications on which points you gain and how to navigate there.
Power Lines: You can now fix the power lines through clicking a link, making the action easier.
Power Plant: You can now reactivate the control panels of the power plant through the click of a link, making the action easier.
Sarah: Two new scenes between Sarah and Alpha Fang. A sexual encounter between Slutty Sarah and Fang, and Sane Sarah is non-sexually taught a lesson for her actions.
Squire: Now "serving your knight" is possible outside of a battle context through events in the Urban Forest, once you are fully made into his Squire.
Toron (Hellfire Club): New drinks have been added to the menu: Tentacular Slushie (unlocked by giving him a loose tentacle dropped by Tentacle Abominations in the Void) and Peculiar Liqueur (give him a strange-colored bean, dropped by the Peculiar Summoner in the Void). All drinks' effects have either been buffed or intensified, so that they can be more useful for stat rolls and checks.
Void Realm (Events): New events have been added beyond the Veil as introduction to some future new encounters and mechanics. The Void Fireflies event has also been expanded, providing a group sex scene with translucid humanoids of all possible genders, for all (or most) sexual orientations.
Wrestling Wolf: Showing off his shiny new outfit, the wrestling wolf is ready to pin you to the mat. 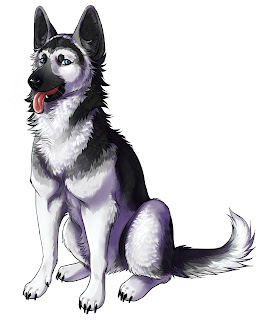