Hi everyone, this is Wahn again with the Flexible Survival News for September 2020.

Alcohol: A new system for alcohol and drunkenness has been implemented. You will now be able to go through multiple states of drunkenness (buzzed, tipsy, drunk, wasted and delirious), with associated stat boosts and penalties. Do watch out for yourself, as you don't want to learn what comes on the other side of delirious...
Alpha Jackal: Added a new scene for fully transformed Jackal Femboys, as well as a bad end if you end up submitting to the Alpha Jackal many times in a row, for CV enthusiasts.
Andrew: He now has a Talk and Sex Menu which allows the player to revisit many of his scenes. Additionally, the way his infection works has been changed. He now won't infect the player during sex, but he can provide items that the player can consume to acquire his exclusive Black Wolf infection strain. Some of his existing scenes were also edited for better consistency, to serve the surrounding context better, have more clarity and respect the player's possible power role preference (namely if the player is a submissive or not).
Bradford: The bull bounty hunter has gotten some all new artwork to show off now.
Bunny Jock: As part of the new alcohol mechanic, the Bunweiser Brew now can get you drunk.
Castien/Elven Hunter: A new exploration choice for the "outside" area has been added to the elven hunter, with various variants depending on what creatures you encounter.
Cyborg Soldiers: A new event (Trust not thine eyes) has been added, allowing you to observe a group of human cyborgs in action.
Diavoborg: Added more sexual options for the special red behemoth. He will now be glad to grind either of his sexes against your body, and if you are an UB enthusiast, you may let him take you for an inside visit. Additionally, you can now also gather some of his seed through milking, which is a good nutritious alternative. These two last features are only available after obtaining a certain amount of loyalty from Diavoborg, which will change the last phrase in his initial description. Right now, the only way to influence his loyalty is during the pre-events or through sex.
Dwarves: As part of the new alcohol mechanic, dwarven ale can now get you drunk.
Game UI: The way that the player's children are displayed has been changed, moving them to a separate screen from just looking at yourself. This is accessible through a link when looking at yourself or by typing the "List Offspring" command.
German Shepherd: New sex menu options have been added to the non-named male German shepherds: Sucking them off, and riding their dicks.
Hyena Herms: The members of the hyena gang now have a selection of trophy items available when you defeat them in combat. Also, you can jerk off and milk yourself as a hyena and gain cum/milk items now.
Leopardman: The leopardman has been expanded with a sex menu for winning players, offering several options for you to enjoy your victory.
Nelson: The zebra farmhand on the McDermott farm has got some new artwork to show off his trained body.
Orcs: As part of the new introduction of alcohol points, you can now actually get drunk from chugging orc cum or being fucked by one.
Philip: He now has a Talk Menu, with some options to briefly contextualize him as a character. He also won't turn the player into a Piggy everytime you interact with him any longer, making every interaction with him safe. Additionally, you can acquire the Piggy and Messy Pig infections from him by consuming his infection items, which will be given through special scenes available from his Talk Menu. Finally, a new repeatable scene is available for feeder/feedee enthusiasts once you feed Philip three times, for which you will need a lot of food.
Sabretooth: The sabretooth cat in the museum will now show all his stripes to you when you meet him.
Urik: The orc now has some additional talk uptions about Declan and pregnancies.

Artemis: A missing word in the resting scene with Artemis has been added in.
Boombox: The boombox should now properly be restored to the bunker after an import.
Diana: An error that stopped you from getting her new scene in the food court has been resolved.
Doberman Cop: Alexandra will now properly have pepperspray available as a loot item.
Fallen Kunoichi Event: Bo has come to reclaim his staff, and you just get a regular bo staff now.
Feats: The description text of the "Expert Medic" feat has been adjusted, explaining that it will let you get an extra use out of a medkit.
Fetish Store Event: A minor typo in this event has been corrected.
Gryphons: A typo in the indigo healing potion has been fixed.
Hellhound: The face description of the hellhound infection is less odd now.
Hobo: The join-up explanation text for Hobo has been adjusted to match the new pet/ally phrasing.
Jackalboy Transformation: A typo in the jackalboy transformation has been fixed.
Jade Coin: They now shouldn't disappear after flipping them.
Jaguar Male Infection: A missing word in the cock infection has been added in.
Jaguar Warrior: A missing word in a butt-fuck scene has been added in.
Jana: The horsemazon should now properly be added to her room.
Jerking off: The game should now properly tell you if you don't have a cock and stop the command.
Latex Wolf: A missing word in a butt-fuck scene has been added in.
Links: A bug that prevented links from working correctly has been resolved.
Mall Events: A minor typo in the "Prowling Macho" event has been fixed.
Needy Rabbit Girl Event: A minor typo in Sandra's initial scene has been resolved.
Panda: A missing " has been added back in.
Pet Export/Import: An error in the export code regarding pets that prevented their weapon damage from being saved properly has been fixed.
Pets: You'll be able to summon pets with an expanded range of IDs to address them now.
Ram: Some missing spaces in the ram scenes have been added in.
Randy: A typo in the stamina training with Randy has been resolved. 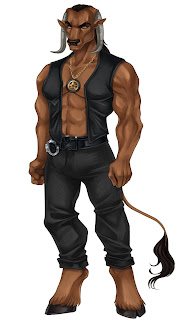 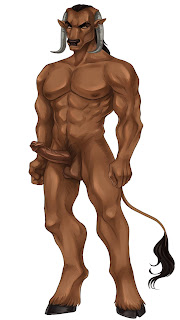 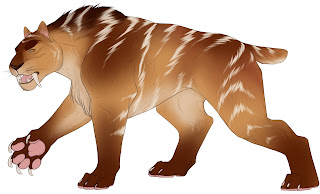 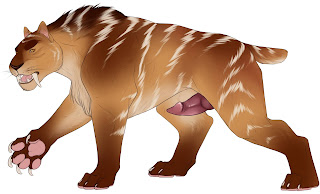