Hi everyone, this is Wahn again with the Flexible Survival News for November 2022.

Blanche and Woofs: All of Blanche's children should now appear in the library, moving around depending on the time of day. They can also be talked to, though there conversation is currently rather limited. Spend a little less time scavenging for food and water and instead join them in the break room for a home-cooked breakfast/lunch/dinner as a family, cooked by Bernard (once per day). Blanche's small talk has also been expanded once she has settled in properly. (Requires having done their Christmas event) [Prometheus]
Drelgoth: The newest demonic lover that can be summoned from the Ancient Tome now comes with an additional option to worship him. Be ready to be at his feet if you wish to go through with it! [Gherod]
Fang: The favorite wolf of FS has some new awesome pictures, for his male and female versions. [Wahn]
Segis Upgrades: Your dragon android companion has received a vast expansion in the form of upgrades and customization changes. A lot of them are on the plans, so these are features that are still under development!  [Gherod]
Segis Upgrades - Body Type: Still under the cosmetic upgrades, after Segis spends a couple of days with his Himbo personality module active, the Muscular Body type will be unlocked. This is a more expensive upgrade (and currently irreversible), but it will make him... as you probably have expected, way bigger. This unlocks additional size options for his genitalia, as well as a special "Extra Milky" upgrade for his lactation system. He is bigger, so he can carry more. Also, he hits harder in combat, but may be a little less precise. [Gherod]
Segis Upgrades - Combat: He also has a new submenu with combat upgrades. Currently, these are very basic, but the idea is to give the player a method to make him a bit stronger in their own preferred way. There is more planned for the future through special events.  [Gherod]
Segis Upgrades - Cosmetic: These are upgrades that are supposed to add variations to his sex scenes or even unlock new interactions. Currently, the latter is very limited, but you can already begin to go over these upgrades. So far, there is an option to give him external genitalia, which can then be modified in size. It is also possible to change the flavor of his cum, and finally, you can give him a lactation system. Most of these changes are reversible unless noted, and except for his body type, at least currently. Speaking of which... [Gherod]
Segis Upgrades - Personality Modules: Currently, Segis has received a single new personality, which you will discover immediately upon bringing the android over to the secret underground laboratory in High Rise District. This one is named "Himbo" and it does... what you would expect from that name. This changes every instance of dialogue (except sex scenes, those are still being worked on...) If you find out you don't like an overly-sexual and energetic himbo android, however, you may freely change it back at any time. But keeping him in this personality will unlock something new for him after a couple of days...  [Gherod]
Segis Upgrades - Scavenge: Well, these will exist, but they are tied to the aforementioned special events that are not yet implemented. However, you can, of course, already begin to collect items to upgrade the android. These are Junk Scrap, Metallic Plate and Silicone Paste, which are not literally what they are named after, but miscellaneous objects you can find during a new event in High Rise District that may serve as such. Just hunt for "Looking For Junk In High Rise" while in there, at any point! This event will also be further expanded in the future, to be a bit more interesting.  [Gherod]
White (Wolf) Christmas: Wanting to do something to celebrate the move to the library, Blanche has decided to take her children to the mall so that they can experience Christmas (no matter the time of year). This also gives the player the chance to better get to know them all. (Requires Blanche having talked to Fang) [Prometheus]

Fang: Fang's body stats and pronouns should now be properly set when you import into a new version. Hopefully.  Also, Omega Fang should no longer be size 2. That's a bit small.
Jackal Boy: The Jackal Boy and the Ceryneian Hind are now mutually exclusive transformations and should prevent the use of the opposing item.

Alexandra ('Good'): Continuation of her storyline bring the two of you into direct conflict with the Overmind in a five-floor 'dungeon' in similar style to the Bouncy Castle, though with a different theme. [Prometheus]
Fang: Work on Female Fang as well as more for when Fang is taken as a companion.  [Prometheus]
Mannequin Fates: New events detailing the fate of a mannequin that steals a horseman's shape will be added, with you having the choice to take the horseman mannequin to the library. [Wahn]
Tobias: The dog trainer you can meet in the parking lot outside of the Smith Haven Mall will be further expanded upon, giving him more content and interactions with the Player character. [Wahn] 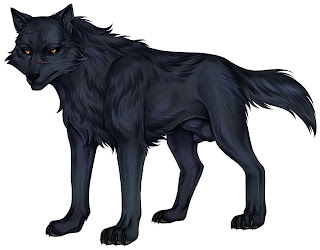 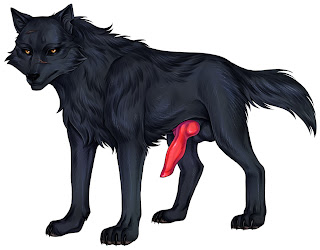 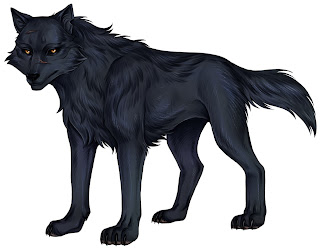