Hi everyone, this is Wahn again with the Flexible Survival News for August 2020.

Alexandra: The dobie bitch now can be told to be bred by Nelson the zebra farmhand during her stay on the McDermott farm, offering two exciting new scenes as you direct her in being knocked up.
Ally/Companion Overhaul: As a continuation of rebalancing all possible battle companions in the game, the whole system for companions has been rebuilt. They will now follow you around as visible NPCs, no longer just be a nebulous cloud "somewhere close". As part of this, the "The Horde" feat has been replaced by "Double Team", which allows you to bring TWO NPCs along on your travels.
Blue Gryphon: The otherworldly herms have gained a whole list of potential trophy items for you to earn from them, some unique to this type of enemy. Additionally milking/jerking yourself will now generate appropriate items.
Diego Events: The College Flakes have arrived.
Doberman Cop: When fighting Alexandra out in the streets, she now has a list of items you can pick off her as trophies of your victory. If you finally defeat her for good, you also get her badge as the ultimate trophy.
Elven Hunter (Castien): The elven hunter now has several new items you can take as trophies when you beat him. A weapon, healing berries and some jewelry, to name a few.
Flint: A new anthro cougar NPC can be found running maintenance on the milking machines at McDermott's farm.
Husky Alpha: Proud studs that they are, the husky alphas now have various items that you can take from them if you win over one. Additionally milking/jerking yourself while having the husky alpha infection will now generate appropriate items.
Husky Bitch: The sexy bitches have gotten a whole list of possible trophy items you can win for defeating them in combat now, some more rare than others. Additionally if you yourself have the husky bitch infection, you can now milk yourself and jerk off to generate appropriate items.
Infection Terminal: The terminal in Dr. Matt's lab has been adjusted and will no longer just slap you over the head with all its information if you just look at it. You'll now get a menu of choices to pick the infection overview or the writing credits for the game.
Inventory: The whole system for handling items in FS has been rebuilt, which will reduce the game's confusion "which item you mean" when sorting your stuff.
Jana: The Horsemazon enemy has now been upgraded to an NPC who can be found in the Stables after her introduction
Medkits: The portable health packs have been adjusted so that they contain 5 applications of healing stuff for you to use, or 6 if you're an Expert Medic and know how to properly use everything. Additionally, there is a new check to see if you actually need to use the medkit to regain any HP. If you don't then no supplies will be deducted.
New Flag: A flag for exclusion of cuckolding content has been added to the game. Please have some patience as flagging the scenes in question is still underway.
Orc Warriors: The combative brutes of the orc world can have a bunch of items with them now, one of which you can snatch as a trophy every time you defeat them in combat.
Playtime: As the game has significantly grown in content since the early days, the playtime for each scenario has been extended by 30 days. Additionally, to remove your character from the "timeless void" they were trapped in before, you now actually get a date for your adventures, starting on 2008-04-11 (or later, for the other scenarios).
Ryousei: The proud tiger has gotten a new fun sex scene in which you 69 with him.
Saber Kitty: The lovely anthro sabretooth has gotten some fresh artwork to her name, showing you all her stripes and fur when you encounter her.
Santa Claws: Father Christmas in the Mall's Christmas Village now has a new high quality picture, allowing you to look the amicable ursine in the eyes.
Situations: The system for handling situations in FS has been rebuilt, which will reduce the game getting confused and asking "do you mean <situation name>" when handling items.
Stallionbois: The sexy horse twinks of the Stables hotel have gotten some all new artwork to show off their strutting gear.
UI/Status Bar: The status bar has been updated and expanded, bringing you new readouts of important information, as well as links to make using it easier too. These include renaming yourself (if you didn't pick a name yet), marking which rooms are navpoints (with a nav link), a condition display of how tired you are (linked to resting), the inventory, feats, your allies, the help book and the artwork credits overview.
Virginity Tracking & Impregnations: The code for keeping track of who has which virginities and who is taking them has been advanced, adding all the creatures of several writers to the newer system. Given the massive number of creatures and NPC in FS, this doesn't mean that everything is covered, but it is a step forwards in this part of the project.

Clean Bandages: A small typo has been resolved so you can actually grab these as your combat trophy.
Diego: Some typos in the menu for accepting Diego's collar quest have been fixed.
Eric: A warning has been added that the tentacles will actually knock up Eric if you do not stop them.
Hellish Trash Pile Event: A typo that was offering a non-existent choice option has been resolved.
Importing: There should be no duplicates of inventory items from now on.
Mike: The blacktail stag's combat strength has been somewhat reduced.
Orc Brew: The description of these has been adjusted to make it easier to understand.
Pirate Island: The treasure hunt will no longer try to give you nonexistent items.
Red Apartment: A little error in arranging the rooms inside the building has been fixed.
Stash Retrieval: Retrieving items from your stash should now be possible again.
Stores: It should now be possible to buy the whole inventory of stores again. 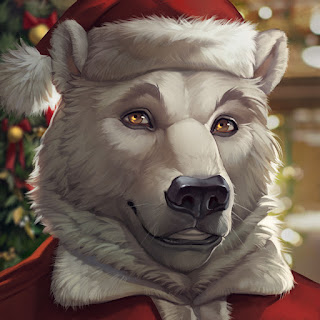 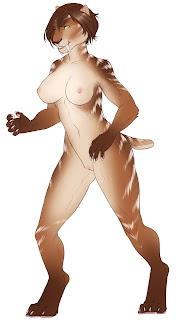