Hi everyone, this is Wahn again with the Flexible Survival News for November 2019.

Alexandra: After delivering Alexandra to the farm and giving her the 'Barracks Fucktoy' status, you can now walk into a gangbang involving her, with various options for how you want it to continue.
Brutus & Skarnoth: The second event for these two can be encountered by visiting the maintenance closet at least 3 turns after the first encounter. This will also serve as the prelude to the "Master of Hell" side-quest.
Dino Pack: More loss scenes are available for these tiny dinosaurs.
Evil Brutus: An alternate path to cleanse the demon brute is now available, prompted when walking towards the church with him as the current companion. It maintains the brute as a demon under the influence of Hell without being so hostile to the player.
Glowing Mushrooms: During an outside exploration, it is possible to encounter a shady stone construction featuring an especially large gargoyle sentry. You can only venture into his territory by shrinking to a mere few inches.
Hellfire Demon: These hot red devils now roam the streets of Red Light District at night, looking for candidates to bring to their mysterious master. They like fetish gear a lot...
Helot: The manservant of the spartan warriors has a few new events around the College Campus and the High Rise District.
J'Reth: The draco-mantis can now be propositioned for sex. Just make sure that he is in a good mood first.
Logan: There are more scenes to be had now for the player being pimped out by Logan.
Magic Drake: A pair of additional scenes can be found by saying no to pushing your limits, but only after trying it out a few times first.
Minotaur: The furry beasts now have all new artwork, showing off all their goods to you!
Mogdraz: Speaking of a mysterious master, he is also added to the game, introduced upon the player submitting to a hellfire demon while wearing a gimp mask.
Ogres: The Ogres have a few more scenes. Mostly stories told by Gurkes and two by Kogs and Mogs. They are open to two more sex scenes.
Satyress: The mythically transformed sorority girls can now really show you their boobs. Come and have a glance!
Spike: There's now some scenes that have Urik picking on Spike, goading him into training with the orc.
Warrior Chris: The more muscly version of your resitent orc beefcake has arrived, ready to show off his bod! 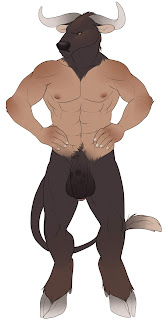 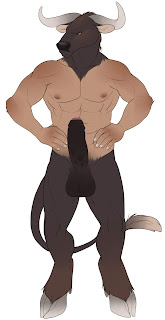 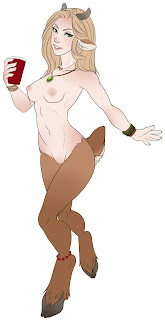 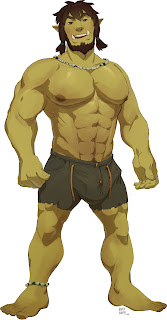 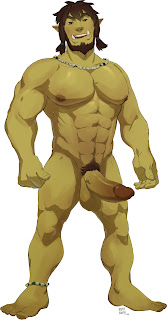