Hi everyone, this is Wahn again with the Flexible Survival News for October 2019.

Adam: The half-minotaur's sex menu is now complete with all the base virgin and fuck scenes.
Alexandra: You can now arrange for Alexandra to the farm for an extended stay, moving her to the Worker Barracks, and choose if she should lay with all of the men there, or only do so if you are present to watch. (More varied sex scenes to follow next month) Also, if she is present there will be new options in regards to Corbin, especially around the confrontation between him and the farmhands if his secret comes out.
Eva: The hungry, horny shark now has an oral vore scene available for later meetings with her.
Female Huskies: Losing a fight (or throwing it) is a lot more fun now with these sexy doggies, and choosing to take a bitch for a ride if you yourself win also got a nice expansion.
German Shepherd: The doggies wandering the streets of the inner city have gotten a new and fun fuck scene with men.
Hyena Cages: This small-ish event in the zoo has got a new coat of paint now, as well as a hidden video tape that shows what exactly happened then the feral hyenas broke out.
Spike & Tehuantl: There's two new scenes in the training / relationship between your dobie and (male) jaguarman companion now, which you can encounter when going up to the first floor of the library. Also, you can talk about the jaguarman with Spike.
Spike: Once you're sexually active with him, you can now ask Spike for a sample of his cum.
Sub Male Onyx: Two new ways of messing around with the submissive male stud have been added.
The Pack: One of the patrols for The Pack came across an untouched warehouse, the contents of which are unknown. If all goes well you should be able to get inside before too many other parties take notice of it.

Alexandra (Good): The player should no longer be sent back to the police station with the stragglers if it is no longer a valid location.
Alexandra / Amy: An interaction between bad Alexandra and Amy will now only play for bad Alexandra, not the good girl version.
Beach Detector Site: A typo that was preventing dragons from properly appearing in the event has been resolved.
Chinchillas: Calls for fighting them by a slightly wrong name in the code are now resolved, so you should be getting a fight, not an error there.
Christy: Offspring of the player and Christy should now be pureblood dragons if the player is a pureblood Slutty Dragoness or Horny Dragon too.
Dewey Books: The library books will now give you the proper amount of XP.
Diego: Doing his collar quest will now properly remove male/herm preferred feats.
Diego: Having the collar put on by Hunter after losing to him will now allow you to progress with the next event when coming back to Diego with it on.
Doctor Mouse: A typo when he confronts Candy is now resolved.
Empty Variables: A number of old unused variables has been removed.
Feats: Doctor Matt was accidentally counting fun feats against the gained feats of the player, which he won't do from now on. (Though you still only get one feat every 3 levels)
Feats: The possibility of gaining duplicate feats should now be greatly reduced.
Felinoid Heat: The felinoid heat will no longer show you messages regarding a pussy if you do not have one.
Football Team Tape: A number of typos have been resolved in this tape.
Francois Infections: The checks, if the player is cheesecakeskinned/-bodied should work now.
Hawkman: A small error in their sex saftermath functions has now been resolved.
Herm Gryphon: A typo in their milking scenes has been resolved.
Huge Infections: You can now appreciate your own size properly, without a missing word in there.
Hunger: A small typo made the player's hunger not increase in some cases. This has now been fixed.
Inner Predator: The event will no longer give out duplicate Vore Predator feats.
Item Cheating: A mix-up with the debug commands regarding items has been resolved.
Jaguar Warrior: Hunting Jaguars in the museum should work without issues now.
Junkman: A small error in the skin transformation message has been resolved.
Kai: Talking to the surfer will from now on no longer count as having sex with him.
Libido Pills: You can now only give pills to people if you actually have them.
Library Interactions: The occurrence chance for NPC interactions has been lowered a litte.
Lost Chick: The status of this event will in the future be properly restored after an import.
Nemean Lion: This kitty will now be somewhat more selective about what hole to fuck on a herm.
Orthas: You can now actually choose which seed she uses to impregnate herself.
Plains Scavenging: A small typo in the event has been resolved.
Predator's Club Night: This event should no longer be able to come up before you met Kurt.
Safe Appetite: The feat now unlocks with UB Predator as well.
Screen Clearing: Numerous screen clears in the middle of talk/sex menus haven been removed.
Self-Impreg: Now the player's internal variables should be properly set when you perform this naughty act.
Slut Rats: There's now a bold hint that you need a slut rat body to rally the slutrats for an attack on the pool hall.
Slut Wanderer: From now on, the event will be resolved and not reoccur if you express disinterest and just leave.
Sonny: He's found his prostate now, fixing a small typo in a scene.
Timothy: Dropped a metric ton of line breaks into the scenes for this gryphon NPC.
UB Predator: Gaining Vore Predator is no longer a requirement to gain the Unbirthing ability
Vore Predator: Hunger for smaller sized players will increase less and voring will reduce hunger based on the size difference now.
Yamato Dragon: The dragon endings will now take the player's actual body size into consideration. 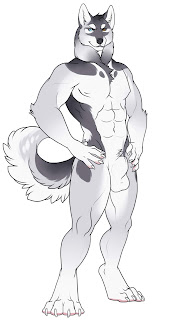