Hi everyone, this is Wahn again with the Flexible Survival News for September 2018.

Broke-Ass Hoe: A new weapon has been added to the Large Shed in the Library.  It's not of much use on its own, but can be used to make a better weapon with Percy's help.
Code: Lots of further coding rework went on behind the scenes, adjusting npcs, rooms, and events for support of the new save system. Also, there are new code shortcuts for FS writers, for testing insertion and cum load sizes.
Colleen: The soldier husky has gotten new artwork to show her pretty face off as you talk (or do other things) to her.
Dire Wolf: More scenes for losing to this beast, as well as minor fixes.
Dr. Matt: In addition to brand new artwork, the good doctor's introduction has gotten a rework, and he now has a talk menu with some first talk options.
Export/Import: A few bugs of the new system have been taken care of, like for example a typo that prevented saving of children and little bugs with Eric and Hayato. Please don't hesitate to report it on the Discord if anything seems off to you. We depend on player input to find errors.
Garth: The proud boar has gotten some new artwork to show his face to anyone running into him in the forest.
Joshiro: There is now a human power-bottom roaming the streets, eager to be fucked by anyone he meets. You can encounter him in the "Road Wanderer" event in the High Rise District, and follow his exploits when running into Tyke the dobie, and later on Darius in the Red Light District ("Jumping The Dobie", with "Sloppy Seconds" as a followup)
Maps: Additional Maps have been added to the game, namely an overview of the campus at the entrance, and an overlook of the whole beach from the boardwalk.
Medea: Male players can now access Medea's cunt pills easier after finding her supplies from the abandoned truck.
Milo: Milo the short-stack cat boy has set up home in the Urban Forest. He's a meek little fellow at first, just don't get on his bad side, or he'll get rough. Or get on his good side, and he'll get... rough, but in a fun way!
Misc Bugfixes: The hospital door unlock should now last through export/import, as should any new room connections (like with Sylvia, Katya, etc.) made during gameplay. Also, the hunting command was adjusted slightly to more accurately catch gender variants.
Orthas: The black dragoness has gotten a striking new face, as well as a new introduction scene, and a rework of the 'ovipositor incident'.
Percy: Within tunnels beneath the forest, lives the respected blacksmith known as Perseval Ironscale. You'd never expect from that name that Percy would be a small and awkward male pangolin. Percy is able to craft you new equipment by trading in materials and a few Freecreds, making him a useful ally for any survivor. (Material drops are a work in progress.  As a placeholder, leather and cloth can be found in Ironcale Hallow.)
Sex Ed: Those who wish to learn about equine and feline behavior may now attend lectures at the college.
Suspicious Van: A suspicious van appears in the mall's parking lot. If you let something happen while exploring the parking lot, the van might reserve a surprise on following visits
The Pack: While wandering the streets, you may now come across someone who can lead you to the Pack, a group who wishes to provide sanctuary to those who cannot defend themselves.
Tyke: The big muscled dobie who's hanging out with Darius on and off has gotten his own artwork now.
Typo Fixes: Thanks to the tireless work of our editors, numerous typos have been exterminated.
Zoe: Zoe now moves to the library's rec room if you save her from the guard at the mall, opening new scenes with her. And if you don't... things become dire indeed for the poor girl.

Here an example of some new FS game art, pictures of Orthas and Dr. Matt, drawn by the talented SineAlas. The new graphics windows allows us to show images like this with far higher resolution in the game. 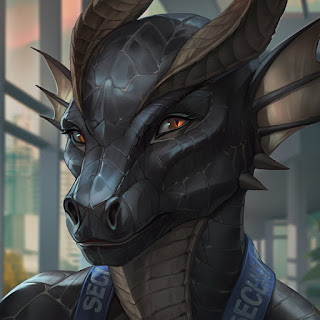 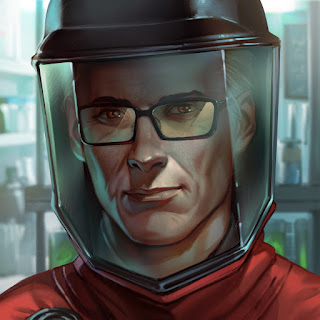