Hi everyone, this is Wahn again with the Flexible Survival News for August 2022.

Bianca: Blanche's eldest daughter has a few words to say to (Sane) Sarah in the Bunker. Afterwards, she can now be found in the Computer Lab. (She will also take up residence there when Blanche moves in). [Prometheus]
Blanche: Blanche has a talk with an old friend, giving you the chance to learn more about their pasts. [Prometheus]
Callidora: The mortal avatar of Aphrodite can be found sunbathing at the beach. She is available for casual conversation afterwards. [Prometheus]
Chris: Chris the orc has gotten some new artwork, in higher resolution and the same art style to match his pictures as a breeder male. [Wahn]
Diavoborg: The big red behemoth now has a new oral vore scene for players who have unlocked the Stubbornly Alive feat. [Gherod]
Exploration: A level check has been added to the random exploration command, making sure that you won't stumble into accidentally situations that are more than 2 levels above your own. [Wahn]
Jimmy: The corgi may ambush Sturm in the showers, ready to give him a proper welcome. [Prometheus]
Komodo Dragon: The towering lizardmen found underneath the mall have now gotten some new shiny artwork for themselves, presenting a suitably imposing picture as they hunt you down. [Wahn]
Micaela: The Easter Bunny in the Urban Forest is now willing to tell you a bit about her past. [Prometheus]
Roman: The team leader of the Silverback Gorilla football team has some new artwork to his name, allowing you to see him in all his glory. [Wahn]
Sharkman Brute: While exploring Avalon, you may be able to find this odd individual who looks like a sharkman. Though, you wonder, a sharkman in a magical forest? There is an explanation to that, which is best found by finding and interacting with him directly! [Gherod]
Snapjaw Beach Camp: A new location, the Snapjaw Beach Camp, has been added to the game as a consequence for accompanying the mysterious Sharkman Brute to his home. This is where most sharkmen live. There isn't much in here right now, but plans are to expand it in future updates. [Gherod]
Soldier Squad: The gritty reboot of the soldier squad event line has been completed, all the way to the (current) end where Carl escapes and you can help him get away. This includes the new optional path of befriending Allen and approving of his misdeeds (for evil players). Also new for the event chain is a "Fastforward" choice in the various choice points (excluding Amy and Carl stages), where you can gloss over Allen's dark plans and quickly advance through the chain.
Sturm: While in the Bunker, Blanche's eldest son seems to be making friends with Sandra, her flirtatious behaviour certainly helping. [Prometheus]
Tanuki: Your tanuki dad met a nice photographer and posed for a picture in his best suit (or at least the top half of it). [Wahn]
The Nightmare Stablemaster: The Stablemaster has been made into a NPC, and with that, a way to "befriend" him. Upon making yourself acquainted with the Stablemaster, you may have fun times with him, though there may be consequences to this in the near future. (Note: This should not affect Fancy and the quest associated with her, it is merely an alternative way to go about things.) [Gherod]
Unerring Hunter: The unerring hunter feat (available from Trixie) has been expanded, now allowing for you to call up lists of both local enemies, as well as all active situations (events) in the area.

Diego: The time between coming up with tricks to play with Diego has been reduced to 6 turns. [Wahn]
Husky Pack: A missing scene linkage in the "Husky Pack" event has been added in, so if you do submit to them, you'll get the intended result now. [Wahn]
Mortimer/Storage Location: A check has been added to cut short any conversations with Mortimer for those who have certain content banned. [Wahn]
Satyr Frat: A situation where the frat might be inacessibly for people importing very old saves has been resolved, and the entrance to the frat should now be available for everyone who's gone through the initial event. [Wahn]
Sgt. Marks: A small error in the code for his images has been resolved, and the tiger should now show his new artwork. [Wahn]

Blanche & Family: Blanche's family is quick to expand, each with their own way of helping each other in addition to the scavenging that they all take part in. You may have already met Sturm, but her many other children are much more enthusiastic to meet the one who rescued their mother. [Prometheus & Lost Directions]
Fang: Some oral vore scenes for Alpha and Beta Fang as well as an expansion of Female Fang's content. [Prometheus]
Mannequin Fates: New events detailing the fate of a mannequin that steals a horseman's shape will be added, with you having the choice to take the horseman mannequin to the library. [Wahn]
Okamimimi Girl: A new adversary for the college. (Okamimimi Boy may come later) [Prometheus]
Tobias: The dog trainer you can meet in the parking lot outside of the Smith Haven Mall will be further expanded upon, giving him more content and interactions with the Player character. [Wahn] 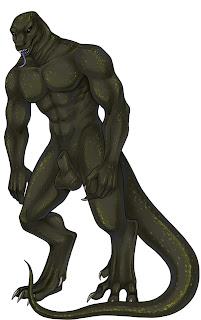 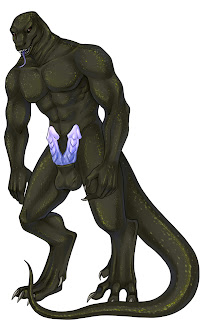 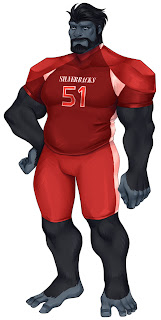 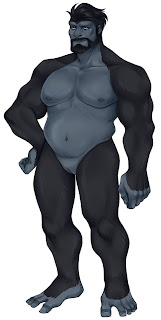 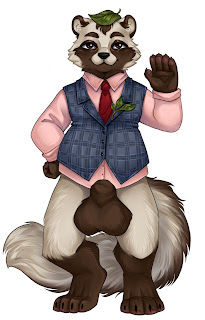 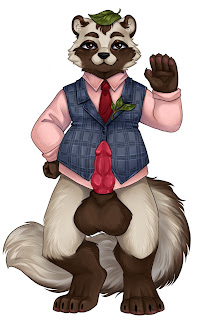