Hi everyone, this is Wahn again with the Flexible Survival News for April 2022.

Alpha: The hybrid offspring of the Thought Eater now has some neat new artwork to his name, showing off his full tentacled body. [Wahn]
Challenge Of The Alphas: This outside event has been reworked. Now the player may choose to intervene, stay and watch, or simply leave. Upon intervening, the player will have to actually fight either the wolf or the husky. Winning results in fairly the same outcome as before with some slight edits, but losing leads to an entirely new sex scene. Choosing to watch leads to a shorter steamy scene between the two. The event is now also open for future expansions along a possible event chain. [Gherod]
Cleo: Should you impregnate 'Good' Alexandra, she can now give birth to a daughter. As she grows up you may witness her develop in twelve scenes along with Alexandra coming to grips with being a mother for the first time. [Prometheus]
Damien: His draconic devil variant now has 5 new sex scenes (currently 6 in total) that can happen randomly upon choosing to be with him in the Hellfire Club. Two of them, along with his already existing foot worship scene, are singular scenes, while the remaining three are part of a branching one. Be warned that this is extreme submissive-oriented content and no amount of domineering attitude can change that! [Gherod]
Dark Tyrant/Fallen King: A high enough value of hunger will now make a special "feeding" scene available upon prompting your dark gooey companion for sex. If you are an "Automatic Survival" player, worry not, as for those cases, the scene will always be available. [Gherod]
Dino Pack: Now those who find themselves consistently losing to these creatures can embrace their role as prey, and find themselves trapped with a pack that grows ever more powerful. This takes the form of an extended playable bad end with no escape. [Qazarar]
Dreams: An event in the park can unlock the ability to purposefully dream, and fill your sleep with fantasies. Current dream options are found through accessing the new magic drake content, but more will arrive soon. [Qazarar]
Gender Pronouns: The pronouns your character uses have been added to the top status bar, to be shown directly after your name. You can click that to switch between automatic pronouns depending on your genitals, or specifically picked pronouns that will not change despite what your character does or does not have in their pants. [Wahn]
Magic Drake: Players who have been changed by the magic drake may now have a chance to find themselves seeing a familiar face when returning to the library, leading to a variety of new interactions. [Qazarar]
Satyr Frat 1 - Introduction: The initial event (Free Drink) leading to the satyr frat party has been rebuilt and expanded, making it more straightforward and opening up the fun for everyone. You now have a row of options straight from the get-go, without any need to drink satyr wine yourself if you just want to go to the party. Well, or you can try go mug the satyrs and take their barrel from them... [Wahn]
Satyr Frat 2 - Kerr & Talov: The two satyrs that are starting all the fun in the PAN fraternity now have a dual NPC to their name, and you can talk with them to learn who they are, why they chose to come to the fraternity, where the satyr wine barrel came from, and more! [Wahn]
Satyr Frat 3 - Frat House: The frat house of the PAN frat is now a fully navigable location with its own set of maps for a three story building, plus basement. This includes variable room descriptions for days/nights (normal/party mode) as well as the progression of satyr-infection in the frat. [Wahn]
Satyr Frat 4 - Richard Artwork: New and shiny artwork for Richard has been completed, allowing you to feast your eyes on the dude in his human and satyr form. (Note: Richard's content during the party has not been updated yet, only what happens with him during the initial scene with the satyrs is newly polished. More to come.) [Wahn]

Alexandra ('Good'): Fixed some errant mentions of locations.
Blanche: Fixed number of children born in initial litters to better reflect existing scenes.
Challenge Of The Alphas: None of the outcomes reward the player with a charisma stat increase any longer.
Dark Tyrant/Fallen King: Fixed some typos on his sex scenes.
Korvin: The talk option about his past that leads to the Trucker Bar event has been adjust to make clearer that there are two options for where it might be - the High Rise District, or the Warehouse District (as the bar is somewhere near the border between them).
Trickster: Code has been updated to use the most recent fight outcome definitions. The fights against the male Feral Wolves and Alpha Wolf should now behave properly.
Trickster: Player no longer gets infected if they choose to flee combat.

Alexandra ('Good'): Continuation of her storyline bring the two of you into direct conflict with the Overmind in a five-floor 'dungeon' in similar style to the Bouncy Castle, though with a different theme. [Prometheus]
Blanche & Family: Blanche's family is quick to expand, each with their own way of helping each other in addition to the scavenging that they all take part in. You may have already met Sturm, but her many other children are much more enthusiastic to meet the one who rescued their mother. Also, further development of a certain person from her past... [Prometheus & Lost Directions]
Carl Rework: After the soldier squad has been completed in its more detailed and darker, Carl will be updated to gain more depth and fit the content before. [Wahn]
Direwolf: Further interactions with the primordial beast, including taking home a new direwolf pet... though who's really in charge? [Qazarar]
Dragon NPC: In a not at all suspicious manner, a stranger gifts you with a dragon egg. You will be able to influence its appearance including sex, form, and colouration. The aim is that you will also be able to influence its personality too by the way that you interact with it and others after it hatches. [Prometheus]
Fang: Should you want to, you can request that Fang instead of becoming your Beta, that he become your Alpha instead. With the lessons learnt along the way, he will be a gentler leader than he would if he established his dominance through other means. (Both for Male and Female Fang) [Prometheus]
Library Additions: Adding more areas for the Grey abbey to make it feel more like an abbey, said areas being created; courtyard additions, a chapel wing, workshop wing, reception area, with more to come. [Lost Directions]
New Bull Character: A new bulky male bull character will be added to the game, with whom it will be possible to have some fun with. He is a friend of Cherry's. [Gherod]
Satyr Frat - Frat Members: A group npc for some core members of the PAN fraternity will be set up in their hangout spot on the second floor, allowing for one or two bits of sexy fun to be had for a start. [Wahn]
Satyr Frat - Richard: In an upcoming expansion, Richard's role in the PAN fraternity will be able to be expanded, with your being able to arrange things for him to assume a (at first temporary) leadership position. [Wahn]
Soldier Squad Rewrite Completion: The gritty reboot for the soldier squad will continue, bringing further developments in the tale of Allen's betrayal of his subordinates. [Wahn]
Wyvern Patriarch: More ways to have fun with the big wyvern will be added. [Gherod] 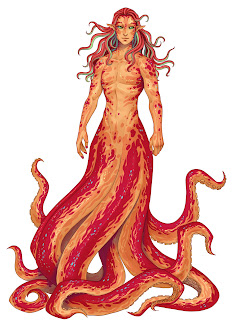 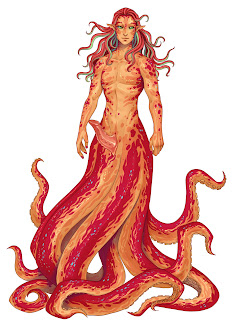