Hi everyone, this is Wahn again with the Flexible Survival News for January 2022.

Cougar: These flirty ladies prowling the city have new pictures to show off their bodies
Monty: There are two new scenes you can experience with the black soldier, taking the (straight) man down the rabbit hole of having his ass played with. The first one is taking him for a stroll through Camp Bravo with a sex toy inside him, the second involves actually fucking him.
Sabretooth: The kitty has gotten some new artwork to show off all that glorious fur.
Skarnoth: Skarnoth got a new dominant scene where the the player becomes his slave. For the scene, currently two of the seven deadly sins are available for the player to choose from.
Rodion (Lair Of The Lupines): Perhaps, if you have met the cook of the werewolves' lair, you caught him talking about a gift you could offer Jett. He will now be able to give you a personal demonstration of what it is, his special cake. This begins a few series of quests that will be featured in the future depending on the player's actions.
Vanessa: Three new endings are now available depending on how many of Vanessa's squad you have rescued.
Wyatt (Lair Of The Lupines): The athletic werewolf, found in the common room, has a new sex scene for all genders, with variants depending on how the player looks. Additionally, he will now react accordingly to a player who underwent full male-to-female transformation from his special event and either kept it or changed back when proposed for sex. For those who went back to male, he will turn them back to female if the player apologizes to him during the dialogue.
Wyvern Patriarch: It is now possible to have fun with the large wyvern upon defeating him by teasing. This new scene will end differently for those who have the "more vore" option activated.

Brooke: The otter should now not have any virginities left to loose.
Fang: The choice to request that Fang become your Alpha instead of Beta has been removed until it is completed. (Fang can still become Alpha from neglect or encouraging Sandra)
Fur Items: Infectious fur items should now no longer be affected by Iron Stomach, as you're not eating the stuff.
Lair Of The Lupines: It is no longer possible to encounter the cave anywhere in the game and is now properly tied to exploring Avalon.
Monty: The image of Monty being fully dressed wasn't being displayed correctly. Now it will appear.
Urik: The orc should be saved properly as a companion in the future. If you already have him as a companion and that wasn't quite properly restored, please take him to the library and talk to him about being your companion to get him into the right mode. 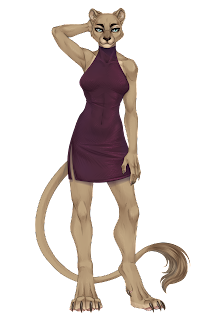 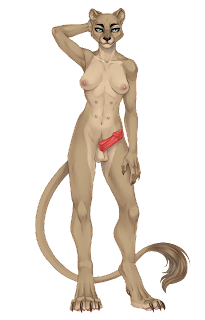