Hi everyone, this is Wahn again with the Flexible Survival News for April 2021.

Aerana: Ever wanted to have a female daugther with Lilith? Now you can! After Atticus has been born, you will be able to ask the demoness if your next offspring can be a succubus, instead. Aerana will be the result of this, and she comes with the expected personality of a powerful demoness' descendant.
Chris: Breeder Chris has gotten a new personalized piece of artwork, just for him.
Chris: Urik will now remember meeting Half-Orc Chris if he is then later transformed into warrior or breeder Chris, and react accordingly.
Damien: After solving his initial quest and showed interest for him, he will become a patron of the Hellfire Club. Some Talk and Sex options will be available, building up for some upcoming content with the scavenger.
Dark Tyrant: This mysterious nemesis lurking in the Void Realm after his big sword is pulled can now be befriended... well, kind of. Toron can offer you more information once you acquire the Abyssal Remnant. Additionally, the Dark Tyrant now has art.
(If the Dark Tyrant has been slain in an imported save prior to this update, he's brought back like nothing happened)
Darren: A new friendly salamander and his hideaway have been added in the Capitol District.
Feral Sea Dragoness: The sexy sea dragonesses have gotten some all new art to their name, completing the dragon quartet.
Hayato: If you have successfully romanced Mogdraz, the Demon Lord will offer his help without requiring any payment. Additionally, he returns what he took from the Player or from Hayato upon being successfully romanced, so these can be done in any order.
Mannequins: There is a new event shining some light on the life of the FS mannequins.
Mogdraz: The almighty Hellfire Demon Lord is also a potential candidate to a sort of romantic relationship. It will trigger after you arrive at the club while having raised his interest significantly, by having flirted with him, worked well on escort duties and ""treated"" the Club's staff well. What things could arise from this intimate alliance?
Soldier Squad: The soldier squad event chain is being reworked and greatly expanded. So far the first two stages of the event have been redone, more to follow.
Werewolf Brute: Large werewolves can now be found in Avalon. These lupine beastmen are, for some reason, as large as demon brutes! Be careful when dealing with them.

Cheetah: A mix-up with the creature name in her sex scenes has been resolved.
Cherry: Fixed a coding typo.
Chris: An interaction between Chris and Urik has been fixed and should now play correctly.
Colleen: Her newest event in the bunker will now actually check that she is in the room before starting.
Damien: You are now guaranteed to trigger his initial encounter the first time you walk into the Crimson Street, after having unlocked the Hellfire Club.
Dark Tyrant: Will now properly collect offered Null Essences, and will just require 1 at a time.
Feats: Various feats that were missing some aftereffects for gaining them should now work properly.
Felinoid: The libido of Klauz the felinoid has been ramped down a bit, so he won't start to sex you up more than once a day.
Gabriel: A clarification has been added that Gabriel is actually just a rank and file angel, named after the famous one.
Hydra: A mixup with the Hydra names has been resolved and you should now be able to fight them properly in the 12 labors quest.
Lilith: Fixed a minor typo.
Rubber Tigress: A mix-up with the creature name in her sex scenes has been resolved.
Smilodon Male: A mix-up with the creature name in the sex scene has been resolved.
Susan: She should nowproperly be moved to Dr. Mouse if you choose him during the main quest.
Tyrannosaurus Male: Corrected flags on the encounter.
Urik: The orc will now properly set out from the orc lair if sent to the library. He'll arrive in an event firing off when you navigate to the library. (might be bumped by other events if your library is very full, so don't despair, he'll arrive eventually)
Void Realm: Failing checks on Void Serpent will now properly trigger its bad end.
Void Realm: Sanity checks on Void Realm should now properly reflect on the description above the navigation menu.
Void Realm: Successfully passing checks on the Void Serpent and Peculiar Summoner's pre-battle events will now properly reset their trackers.
Xaedihr: You should now only be able to introduce Hayato to Xaedihr once you have actually met Hayato and he is in the Library.
Zephyr Riot Shield: The commands to switch shield usage has been changed and should function properly now. 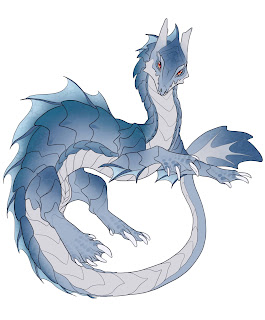 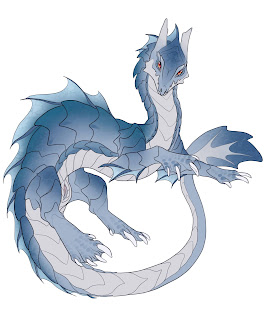