Hi everyone, this is Wahn again with the Flexible Survival News for February 2021.

Alpha Wolf: The alpha wolves now have a new drop item, Alpha Wolf Fur that allows you to infect yourself with their strain.
Amy: When Amy approaches you in her "I want to lose this virginity now" scene, you now actually have choices of doing the deed, postponing or telling her (nicely) that that's not in the cards with you. This way, she won't be blocking other events with constant neediness.
Collie/Sharlene: Sharlene, the smooth collie anthro, has posed for some nice pictures you can now encounter in the game.
Diego: You can now offer Diego some food too, instead of only water.
Farm Map: A map of the farm with all its buildings and areas has been put in the game, which should make the area easier to navigate and show its character.
Gorillas: The "Tenvale Gorillas" team has been renamed to "Tenvale Silverbacks", to have it sounding better and not be so on the nose.
Gregory: The half wyvern-transformed soldier is still in a transformative stasis currently, but has gained a number of somnophiliac new scenes for those that chose to play around with him a bit.
Henry: This friendly beer-brewing Hercules beetle can be moved into the area of looted shops west of the library in the course of Urik's newest quest. For now, he's still busy setting up his stuff, but you can already have a look at him, as Henry comes with a picture right from the start.
Random Enemy Impregnations: You will now be able to potentially knock up the random enemies you fight. Watch out for the birth messages 1-3 days later and enjoy the extra bits of play-time you earn by making the nanite outbreak all the harder to control with your offspring. (Note: Maximum 1 parallel pregnancy)
Second Labour of Herakles: After defeating the Nemean Lion, you can now encounter the Lernean Hydra in the Junk Yard. Someone in the city might be able to give some advice to make defeating it a lot easier though...
Urik - Beer Quest: Finding himself dissatisfied with the choices for drinks in the postapocalypse, Urik wants to go on a quest to find some beer. Will you indulge him for it? (Must have done the previous two looting trips before.)
Urik - Gregory: Another new talk option, you can now discuss your future plans with Gregory, the half-wyvern soldier you can optionally rescue in Urik's looting trip #2 with the big orc. This includes various possible choices.
Urik - Preferences: You can now have a talk with Urik about his sexual preferences, what he prefers in men, and talk him into possibly appreciating male herms and trans-people too.
Urik - Spike: You can now also talk with befriended Urik about Spike, which includes some banter between the two.
Urik - Submission: You can now choose to submit to Urik to be fucked. (Note: This will lead to a bad end, if you treat Urik like a slut. Befriended Urik will simply enjoy himself with you.)
Virginities & Impregnations: The work in updating all the hundreds of infections and scenes in FS continues - this month we've got more progress in that regard, thanks to the assistance of EJSteff. Still a way to go yet, but things are moving forwards.
Zoe: Security cams have captured pictures of a spray-painting vandal. Be on the lookout for her new pictures if you encounter her.

Bjorn: He should now knock you up with proper Viking children.
Cherry: A typo in her content has been fixed.
Diavoborg: Some typos in his content have been fixed.
Fang: Some crossed wires in the new "Running with Wolves" start should now hopefully be resolved, making it so that the player is properly infected, as well as Fang's gender set right.
Gender Locks: The gender locks should now have corrected descriptions, and the accidental cock from female gender locks has been removed.
Kenaz: He should not impregnate people with the proper Dalmatian infection.
Nekomimi Boy: They should now drop the proper fur item.
Orc Raid: In one of the forks of this event, you accidentally fought one of the three orc brothers twice, instead of each once. This has been corrected.
Peppy: The little skunk's epilogue should hopefully run properly now.
Ryousei: The tiger will now properly stop fighting himself as your ally if you choose to spar with him. 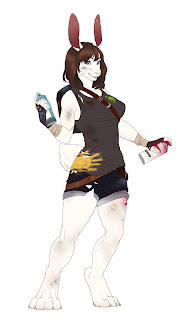 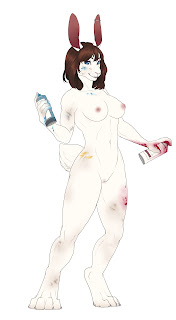 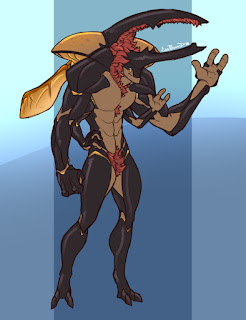 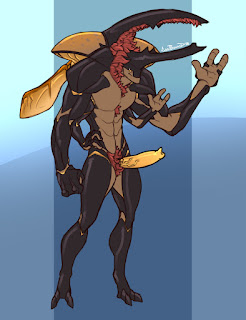